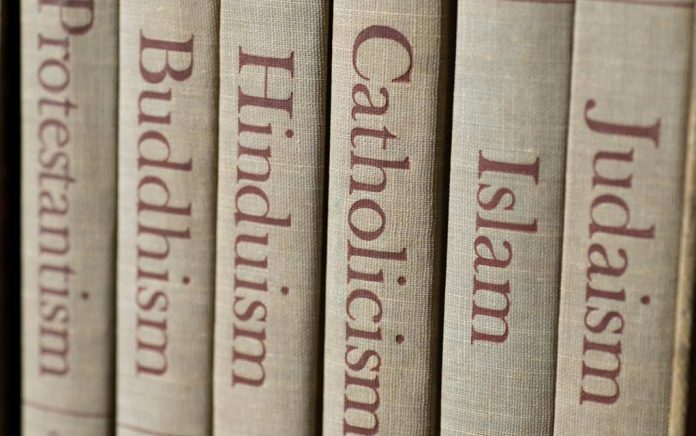 (RepublicanDaily.org) – These days, it often seems as though the Constitution is under threat from all sides. Whether it’s the right to bear arms or the freedom to speak your mind, some want nothing more than to limit the principles upon which the founding fathers established this country. Freedom of religion is no exception — this constitutional provision frequently inspires debate. Sometimes, these conversations even escalate to outright insults and attacks.

The First Amendment entered our Constitution as part of the Bill of Rights in 1798. At its heart, it enshrines the freedom to practice religion. It also covers the right to assemble peacefully, to express yourself honestly, and to look to the government for help if you have a grievance.

Those who wrote the Constitution put these rights together for a reason. As the video below outlines, freedom of religion cannot be separated from freedom of assembly, conscience, or expression. These liberties imply that you should have the right to believe and worship in whatever way you choose.

While America is a predominantly Christian country, the First Amendment does not state that Christianity is more important than any other creed. In fact, this would go against the central theme of the Amendment. It forbids the “establishment of religion,” which means that no faith should enjoy special treatment from any government body or public authority. This reflects the founding fathers’ realization that America was a country with inhabitants of many different backgrounds, and that harmony between all of these was crucial to the country’s success.

Some academics now also define atheism as a religion. Those who do not subscribe to any form of organized faith also enjoy protection under the First Amendment. But this raises questions about the fairness of such a designation.

The main problem is that, while everyone is free to abstain from belief in a deity, there is no common set of beliefs or practices binding atheists together. Even the organization American Atheists admits their worldview is “neither a belief system nor… a religion.”

It’s unclear whether self-proclaimed non believers should enjoy the same First Amendment rights as Christians, Muslims, or Jews. This is especially problematic in cases where militant atheists attempt to justify attacks on religious orders on the basis of their constitutional rights.

The people who founded this country intended that every American should have the right to worship their deity of choice without fear of judgment or persecution. Despite the changes that have taken place across the world since then, the Constitution and First Amendment haven’t changed. You still enjoy the right to Freedom of Religion, even now — and that’s truly something worth fighting for.