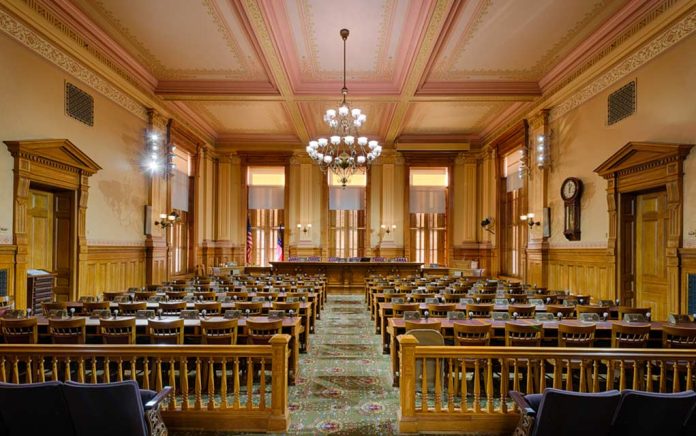 (RepublicanDaily.org) – “I plead the fifth,” is a sentence we’ve likely all heard at one time or another. Criminal justice television dramas all seem to have a character utter those words at some point. Most of us know it’s in reference to the Fifth Amendment of the Constitution, and allows a person to refuse to answer a question.

But do you know why, and what else the Fifth Amendment covers? It’s a lot more than you might think.

Former National Security Adviser Michael Flynn made headlines in 2017 when he invoked his Fifth Amendment rights while refusing to comply with Congressional subpoenas. Specifically, the retired lieutenant general did not respond to orders issued by the Senate Intelligence Committee demanding documents related to any contact he’d had with Russian officials during the Trump 2016 Campaign up until Inauguration Day.

The Founding Fathers wrote the Fifth Amendment in order to prevent people from being “compelled in any criminal case to be a witness against himself.” Or to put it simply: avoid self incrimination.

Flynn invoked his rights because he didn’t want to be a part of the investigation against him. And with good reason because three years later, he’s still fighting the case even after the Department of Justice (DOJ) has said it no longer wants to prosecute.

Due Process of the Law

The Fifth Amendment also ensures people within the US receive due process of the law. That means people can’t be deprived of the right of life, liberty, or the pursuit of happiness. In other words, the government can’t prosecute you for actions that take away the rights granted to them by the Constitution, and they can’t be denied fundamental fairness.

One example of a violation of due process is if an officer places a person under arrest or detains them, fails to inform them of their Miranda rights, questions them, and then uses that information in court. Another violation is if a person is arrested for practicing their religion.

When OJ Simpson was acquitted of murdering two people in the ‘90s, many people wanted the prosecution to try him again. However, the Fifth Amendment prevented them from doing so because of the double jeopardy clause.

Double jeopardy means a person can’t be tried for the same crime twice after a jury or judge has found them innocent or guilty. However, there’s a caveat here. Although a person who was found innocent, for instance, can’t be charged again in state court, they could be brought up on federal charges.

One example is the teenagers in Pennsylvania who were acquitted by a jury in 2009 of fatally beating an immigrant. The DOJ then stepped in and charged the teens with a federal hate crime, they were convicted of that charge and sent to prison.

Finally, the Fifth Amendment allows federal criminal defendants the right to a grand jury in felony cases. The prosecution presents all of the evidence to a panel of jurors, those people are allowed to ask questions, and then they decide whether or not the US government can charge a person. Some states use this system, too.

Essentially, many of the rights that protect us from overreaching prosecutions are within the Fifth Amendment. Without it, the criminal justice system would run amuck.