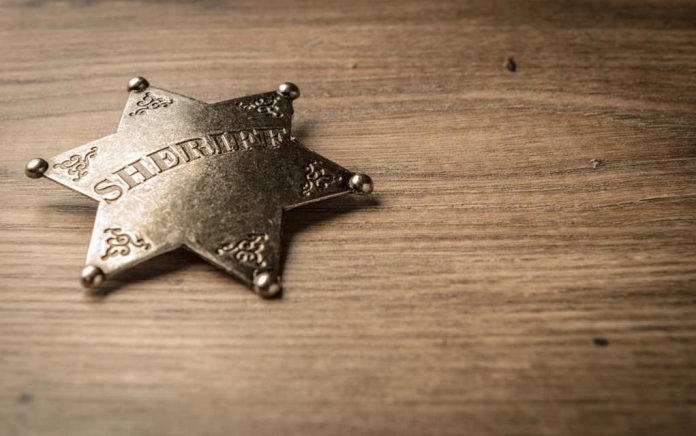 (RepublicanDaily.org) – With the different levels of law enforcement comes varying scopes in jurisdiction. State police officers have a different kind of authority than city officials. Not many know what role a sheriff plays, though, and the answer might surprise you.

Sheriffs hold the ultimate law enforcement authority in their respective jurisdictions with the power to defy the federal government, state and local officials, and even a governor.

Sheriffs are elected officials who take an oath of office to protect and defend the US Constitution. Thus, they answer only to the citizens who elected them and ultimately to the Constitution of the United States.

For example, sheriffs answer only to the citizens of their county who elect them. They cannot be fired or otherwise removed from office by local or state officials.

Additionally, when assuming office, sheriffs swear out an oath to protect and defend the US Constitution and answer to its requirements as they deem fit.

The Supreme Court Defines the Unique Authority of Sheriffs

The US Supreme Court upheld the autonomous authority of county sheriffs and their ability to defy federal officials in its landmark case Printz v. the United States, 521 U.S. 898 (1997).

In that case, the plaintiffs, Sheriffs Richard Mack and Jay Printz filed separate lawsuits challenging the constitutionality of the interim requirements of the Brady Handgun Violence Prevention Act as signed into law by then-President Bill Clinton in 1993.

In short, the Brady Bill required local sheriffs to conduct background investigations of any person seeking to purchase a handgun until the Attorney General’s Office established the National Instant Criminal Background Check System (NICS) in 1998.

In a five to four opinion, the US Supreme Court held that the interim provisions of the Brady Act in question were unconstitutional. Writing for the majority, Justice Antonin Scalia explained that the Tenth Amendment to the US Constitution divided authority between state and the federal government and that the US Attorney General’s office could not compel sheriffs to act.

As Richard Mack noted in a May 2020 interview, sheriffs are the ultimate law enforcement officer in the county they serve. Unlike police chiefs, sheriffs are not answerable to local officials. Sheriffs are elected “by, of, and for the people.”

In America, the people bestow power and authority on all public servants. Continuing, he explained that a sheriff is powerful because he only answers to “We the People, the first three words of the Constitution.”