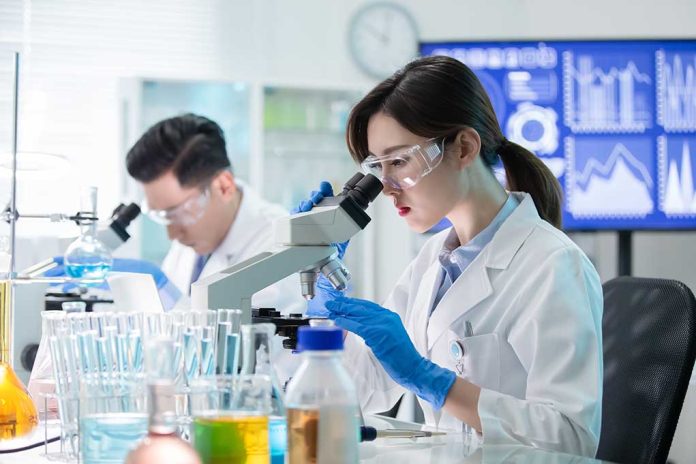 (RepublicanDaily.org) – Over the last year, Dr. Anthony Fauci has come under intense scrutiny for allegedly lying about the National Institute of Health’s (NIH) funding of gain-of-function research in a Wuhan lab. Now, it turns out there may be even more sinister happenings at the institution believed to be the origin of COVID-19.

According to an exclusive from The National Pulse, the Wuhan Institute of Virology not only sought to experiment with coronavirus samples from bats. It delved into the zoonotic potential (the potential for animal infections to transmit to humans) of influenza strains, as well. The laboratory went so far as to hunt for these avian influenza viruses in the wild, using ducks and geese in its research.

“he Wuhan Institute of Virology, which manipulated bat coronaviruses resembling COVID-19 to become deadlier to humans, appears to have carried out similar research on influenza, The National Pulse can reveal.” https://t.co/NJ5tXvaE4P

The Wuhan lab collected samples of these strains looking to determine whether they can infect other animals, including humans. Researchers allegedly pinpointed specific properties that led to increased transmission among species, and it was all supposedly paid for by the NIH.

If true, these reports are concerning for many reasons. We’ve already seen what an unchecked pandemic can do to the global population. What would happen if the Wuhan Institute of Virology were to create another pathogen capable of far more damage?