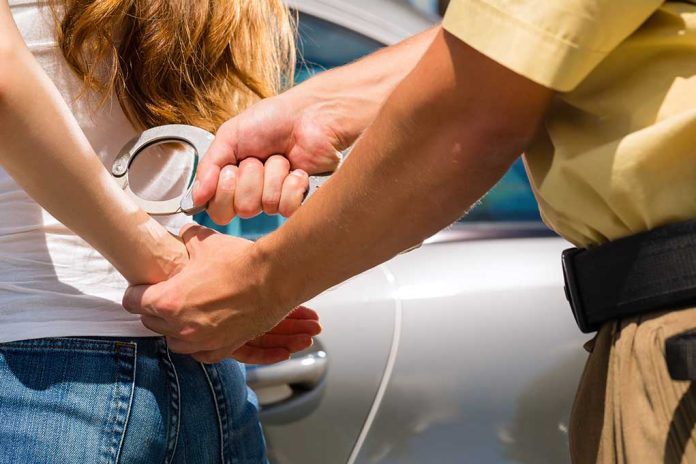 Entertainer BETRAYS Fan — And It’s All Caught on Video!

(RepublicanDaily.com) – Drag shows have become commonplace throughout all of the United States. In June, the US Air Force was forced to publicly defend its decision to include one of these shows in a family-oriented event at a base in Nevada. The latest drag-related story involves an alleged theft from an attendee’s purse.

On Wednesday, August 17, the Libs of TikTok account shared the below video, in which a drag performer named Bryan Watkins takes cash from a member of the audience in what appears to be a part of the act. However, the audience member (a TikTok creator with the handle “Meggy Momma”) reveals she did not get the cash back when she requested it after the show. She estimated somewhere between $500 and $700 had been taken from her purse.

She also shared that Voss, the company in charge of the event, offered to repay her $700 if she took down an initial social media post complaining about what happened. The organization took this step, according to the TikTok creator, because her post was “inciting violence and hate towards gays.” She also mentioned there had been “death threats.” She clarified she had not meant to cause this issue and that she was merely complaining about having lost hundreds of dollars.

A drag queen allegedly stole money from this woman’s purse who apparently thought it was a joke at first until she realized she’s not getting her $ back.

The venue offered to return the money if she deletes her series of tiktok videos about it because it’s “inciting violence” pic.twitter.com/0APdrqcGqr

Watkins responded to the situation on Instagram. He contested the TikTok video’s version of events, claiming he did not remove as much cash as was stated and that the action was intended as a joke.

What do you think about this story?