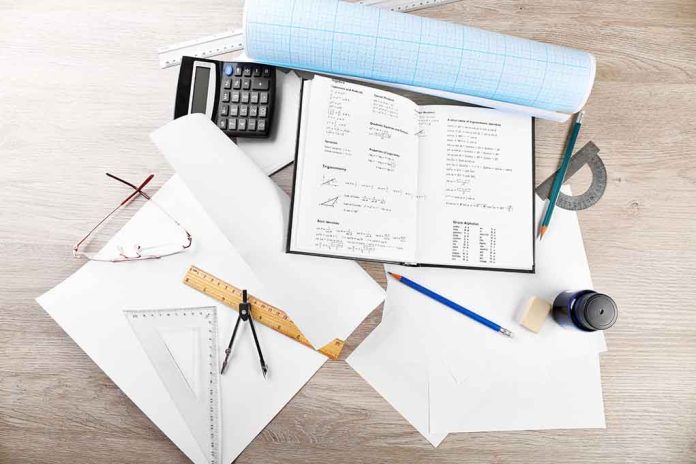 (RepublicanDaily.org) – As society has tried harder and harder to move away from racism in recent years, Liberals have often taken things a step too far. This has often been on display in education as teachers and school boards have tried to impress the importance of social justice on children in increasingly questionable ways.

In recent times, the best-publicized example of this has been critical race theory (CRT), which has inspired fierce debate between Liberals and Conservatives. However, there have been other instances as well.

This question formed part of the original headline of a USA Today article published on Tuesday, December 7. The piece pointed to the fact that children from minority backgrounds tend to perform poorly in math compared to their white counterparts, and explored efforts to make the teaching of math in the classroom more inclusive.
After controversy erupted over the headline, USA Today changed it to read “Is math education racist?” However, that didn’t stop online critics from piling on. In fact, if anything, it added fuel to the fire.

The Internet Has Its Say

Professor Peter Boghossian of Portland State University was among the first online commentators to criticize USA Today over the controversial choice of words. He said the headline indicated a “cultural sickness,” and that schools should focus on educational best practices to improve the performance of students who may be struggling, rather than accusing subjects of being discriminatory.

No, math is not racist. Major venues like @USATODAY even asking this question is a sign of cultural sickness.

Others alleged that Liberals were only making these kinds of accusations because they were racist.

The left has become so racist they accuse everyone and everything of being racist including….math. pic.twitter.com/yTKnPWx0Yr

It wasn’t just Conservatives who were getting angry, either. Liberal MSNBC contributor Brittany Packnett Cunningham aimed at MSNBC’s use of a misleading headline to generate clicks. She pointed out the article was discussing racism in the instruction of math, not the actual subject itself.

When @usatoday gives clickbait like “is math racist,” it supports supremacist anti-CRT attacks.

The article is about bias in the way we *teach* math. But nobody reads the articles.

They just blast headlines like #1 across Fox News that lead to #2. pic.twitter.com/u8rIm2XE54

This dispute mirrors the controversy around CRT that has been playing out in our schools and school boards in highly contentious fashions over the last few months. Liberals believe that CRT, which proposes that American societal structures are inherently racist and set up to favor white people, has important lessons to teach our young people. On the other hand, Conservatives believe it’s a toxic ideology that only teaches children of different backgrounds to dislike and distrust each other.

So, is there anything we can learn from this controversy, or is it just more social media noise?