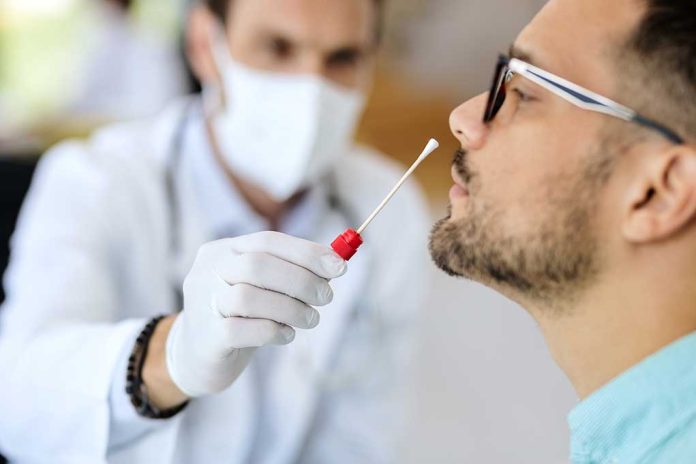 (RepublicanDaily.org) – The war between Russia and Ukraine comes hot on the heels of another major global crisis; the COVID-19 pandemic. While the virus has receded in significance in most areas, the United States still requires negative tests from most categories of people coming into the country. However, because of the war, the federal government is now relaxing this requirement for some individuals.

On Thursday, March 3, the US Department of State announced it was no longer requiring negative tests from American citizens or legal residents coming home from Russia or Belarus. Anyone who was in either nation before February 28 can enter the US without a test. This followed an announcement that Americans coming back to the US from Ukraine could also enter without a test if they’d been in the country on or before February 10.

Gee, what a heart Sleepy Joe has, letting Americans come home without a COVID-Test, while at the same time letting millions in illegally across his open boarders with no tests.

The conflict between Russia and Ukraine entered its 12th day on Monday, March 7. Millions of Ukrainians either have left the country or are planning to leave, and analysts are warning a major refugee crisis may soon unfold in Europe. Hundreds of civilians have been confirmed dead so far, but the United Nations has warned that estimates are probably well under the true number at this time.