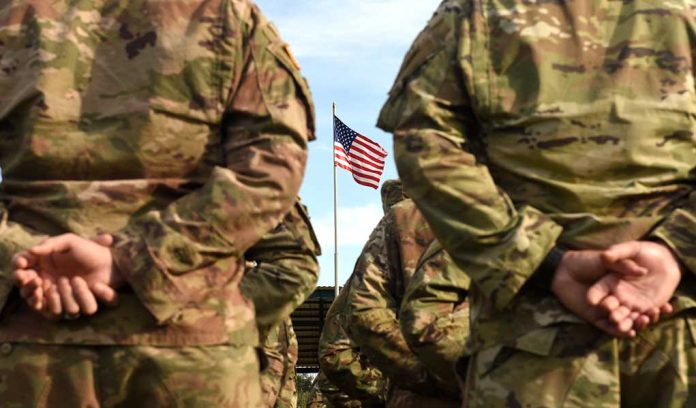 (RepublicanDaily.org) – With global politics currently in a state of major turmoil, the need for a strong, well-funded US military has never been more obvious. Part of this need involves having an adequate number of trained personnel in each of the branches. That’s why some people were surprised to learn military leaders are currently trying to decrease their troop numbers.

Last month, the Department of Defense publicly revealed its budget request for the year, the Military Times reported. Though the amount of money on the request ($813 billion) is the largest in military history, it asked Congress to slash the provision for the number of service members in active duty by around 25,000. According to force comptroller Michael McCord, the military’s current focus is making the branches more technically capable, not bigger.

The Defense Department budget request unveiled Monday asks for Congress to cut about 25,000 positions from the military services. https://t.co/00c9tYJnR5

Under the terms of the proposal, the Army would lose about 3,000 troops, the Navy would shed 2,000, and the Air Force would release 5,700. Both the Marine Corps and the Space Force would see slight increases in their personnel numbers. However, overall, the military could shrink by around 10,000 troops.

This move is reportedly related to the low unemployment rate in the US, as well as recruitment difficulties and a lack of interest in military service among the population.