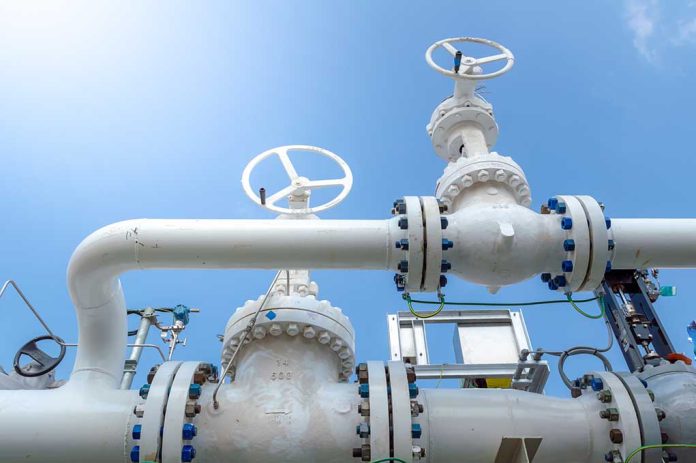 (RepublicanDaily.org) – The Nord Stream pipelines were designed and built to carry fuel from Russia to various consumers in Europe. Now, it has become evident that the pipelines will be out of commission due to leaks under water. This happening has potentially marked a dark new chapter in the conflict between Ukraine and Russia. Officials in Denmark and Sweden are investigating the situation to identify what they believe were acts of sabotage.

Moscow claims it did not intentionally cause the spillages. However, while many are laying the blame at Russia’s doorstep, Fox News anchor Tucker Carlson is suggesting another potential culprit; President Joe Biden.

What Happened to the Nord Stream Pipelines?

The ongoing issues first became apparent on the morning of Monday, September 26, when Danish authorities flagged an explosion that occurred near the island of Bornholm. Following investigations by Denmark and Sweden, at least three major leaks have now been discovered between the two Nord Stream pipelines.

Danish officials believe the leaks will persist until the pipes empty of their gas, by which time major environmental damage may have occurred. Environmental experts have highlighted the fact that a large quantity of methane gas is entering the atmosphere from the leaks, and that the massive release of the greenhouse gas could contribute to climate change. While some leaders have been reluctant to accuse Russia of being responsible for the leaks, others have openly stated their belief that the Kremlin is at fault.

Why Does Tucker Carlson Think the Biden Administration Might Be Behind This?

On Tuesday, Tucker Carlson’s regular Fox News slot focused on the Nord Stream pipelines and aired the theory that the Biden administration may have sabotaged them. He opined that Russian President Vladimir Putin “would have to be a suicidal moron” to deliberately damage such valuable items of Russian infrastructure.

The Fox host then pointed to a number of statements by administration officials, including Biden himself, that could have indicated an intention to damage the pipelines. He referenced the clip below in which Biden, speaking in February, stated the US would “bring an end” to the Nord Stream 2 pipeline in the event of a Russian invasion of Ukraine. When pressed on how he would achieve this by a reporter, he assured the journalist, “we will be able to do it.”

Pres. Biden: "If Russia invades…then there will be no longer a Nord Stream 2. We will bring an end to it."

Reporter: "But how will you do that, exactly, since…the project is in Germany's control?"

Biden: "I promise you, we will be able to do that." https://t.co/uruQ4F4zM9 pic.twitter.com/4ksDaaU0YC

Carlson stopped short of accusing the Biden administration outright of being behind the attacks. However, he went on to state the administration was a generally destructive force, and speculated that the move could have been an ill-advised attempt to trigger a war with Russia.

Do you think Tucker Carlson has a point, or is he simply joining dots that don’t exist for the sake of entertaining television?