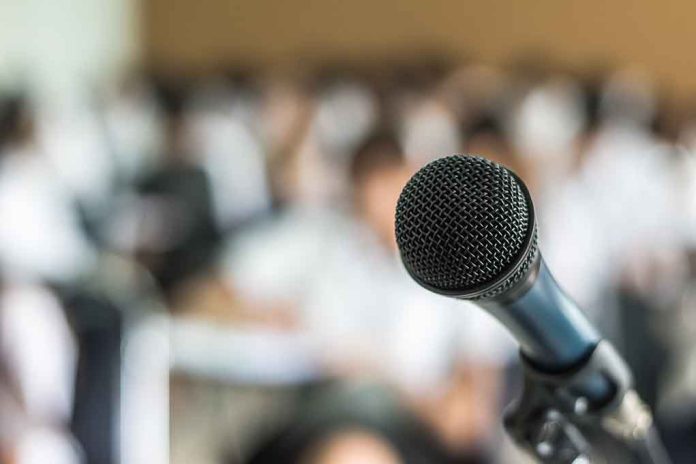 (RepublicanDaily.org) – Fox News host Tucker Carlson is never one to accept established narratives. So, it should come as no surprise he’s still willing to throw his support behind former President Donald Trump despite the major outcry against Trump in recent weeks. Carlson offered effusive praise for the former president during an appearance at a Turning Point USA event in Phoenix recently, but stopped short of saying he wanted to see Trump triumph in his current bid for the White House.

After a lengthy stint on the podium, Carlson fielded a question from an audience member as to whose side he was on for the 2024 race; Donald Trump or Florida Governor Ron DeSantis (R). After insisting he wasn’t endorsing anyone, the Fox host stated he was a fan of both men. He cited the work DeSantis had done in Florida and how much support he had from voters there. However, he spent most of his time answering the question extolling the virtues of Donald Trump.

Carlson said Trump “completely changed my view of everything.” He highlighted how the former president had asked difficult questions about things like the southern border and NATO’s continuing existence. He also stated he “[loves] Donald Trump as a guy,” adding he was funny and praising him for his “animal joy.”

Carlson offered minor criticisms as well, saying the former president was difficult to interview and he wasn’t “great at hiring.”

Trump Or DeSantis In 2024? – Tucker Answers This Question And It May Surprise You @GovRonDeSantis @MikeTyson pic.twitter.com/eHldBHxUQZ

Though this wasn’t an official endorsement, do you think it indicates Carlson wants Trump to win in 2024?