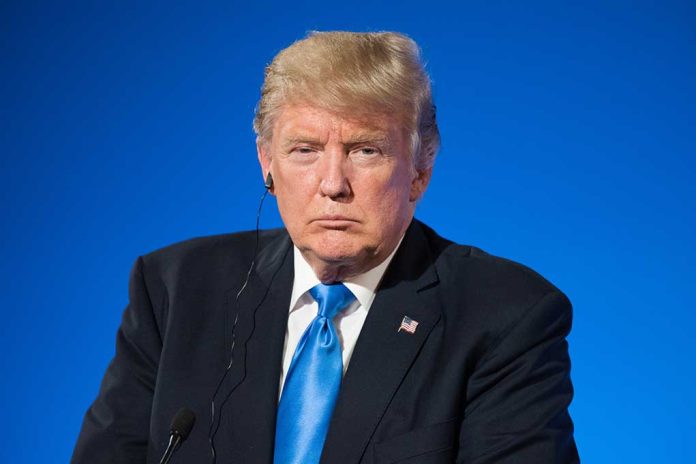 (RepublicanDaily.org) – Arizona is one of the key battlegrounds in next month’s midterm elections, and former President Donald Trump has endorsed several candidates running in the state. However, the Arizona Republican party is holding back potential campaign funding. Trump wants to know why, and he doesn’t like the answers he’s getting.

What’s going on in Arizona?https://t.co/SQgX5sP2fx

On October 24, Trump reportedly had an angry phone call with Kelli Ward, the chair of the Arizona Republican Party, over campaign funding. The Arizona GOP has about a million dollars in campaign funds that still hasn’t been allocated, and Trump’s keen to see it used. Specifically, he wants it used to support the candidates he’s endorsed, including gubernatorial hopeful Kari Lake and Mark Finchem, who’s running for secretary of state.

However, Ward — usually a strong Trump supporter — wants to hold onto the money. Senior Republicans don’t know why, and while Ward apparently gave Trump an explanation, he dismissed it as a “bulls**t excuse.”

Incumbent Senator Mark Kelly (D-AZ) is defending a slim majority, and recent polls show his lead over GOP challenger Blake Masters is down to just 1.5%. If Masters succeeds in unseating Kelly, that could be enough to hand control of the Senate to the Republicans.

It’s easy to understand why Trump wants to throw every available cent into campaigning — but Ward disagrees. Will she relent, and give her party’s candidates a last-minute boost?