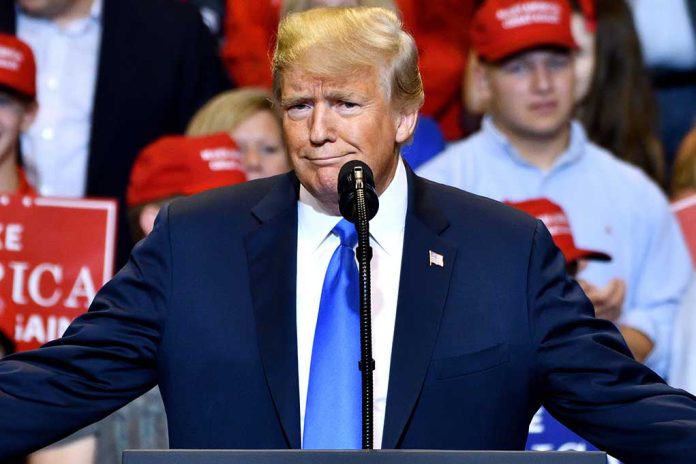 (RepublicanDaily.org) – Herschel Walker, former NFL star and Heisman Trophy winner, is currently running for the US Senate in Georgia on a Republican ticket. However, the staunchly pro-life candidate has run into trouble of late as reports emerged he paid for a past girlfriend to procure an abortion in 2009. Despite much criticism of the candidate for this and other scandals, former President Donald Trump is unconcerned by the revelations about him.

Maggie Haberman, a journalist with the New York Times, has just released a biography entitled “Confidence Man” about the 45th president, for which she conducted interviews with him. During one of these discussions, which reportedly took place in September, Trump stated Walker’s personal history wasn’t an issue in the political realm of today, though it could have posed challenges a decade or two ago. Trump believes “the world is changing,” and this change has made Walker’s history less significant.

Trump talking in CONFIDENCE MAN about why the allegations about Walker’s personal history wouldn’t be a problem pic.twitter.com/fEDg5sdGv3

As well as the abortion accusations, Walker has also had to contend with numerous reports of violence, domestic abuse, and threatening behavior. He has rejected some of these accounts and blamed others on dissociative identity disorder, with which he was diagnosed in 2001.

Herschel Walker has denied allegations he paid for his ex-partner’s abortion and has threatened to sue media outlets propagating them.