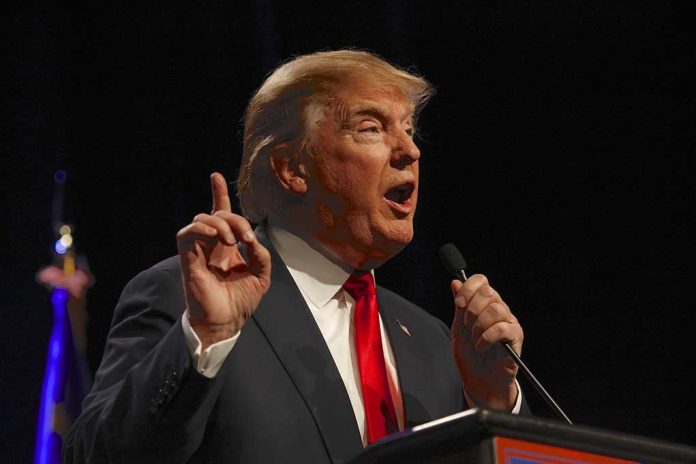 (RepublicanDaily.org) – It’s no secret Liberals aren’t keen on former President Donald Trump. Even though he has been out of the White House for over a year at this point, Democrats and other entities and individuals are still eager to score points against him as often as possible. Most recently, a liberal super PAC has alleged Trump’s failure to announce his candidacy for the 2024 election is unlawful.

On Monday, March 14, American Bridge formally accused the former president of breaking campaign finance laws by neglecting to announce his intention to run in the next presidential election. The group alleges the complaint it filed with the Federal Elections Commission (FEC) aims to punish Trump for “dodging the law.”

BREAKING: We just filed an FEC complaint against Donald Trump.

Trump is illegally funding his 2024 presidential campaign without formally announcing his candidacy.

We’re holding him accountable for dodging the law.

The basis of the group’s claim is that Trump is raising money for a presidential bid without stating formally he will run. The complaint points to a quote from Trump from a number of months ago in which he implies he is delaying an announcement regarding his candidacy because of campaign finance laws.

Trump’s team responded to the accusation with barbs of its own. The team’s statement accused the Democrats of spending time and energy on pursuing meritless claims against him rather than focusing on the many problems facing the country.

Democratic leaders are likely keen to keep Trump’s hat out of the ring, given the Biden administration’s struggles in terms of immigration, inflation and foreign affairs.