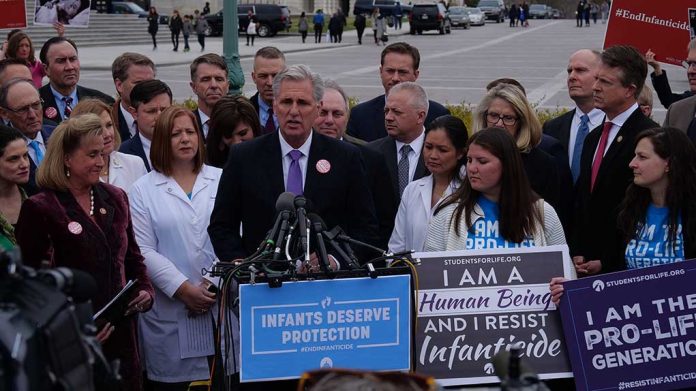 (RepublicanDaily.org) – The midterm elections were not the “red wave” Republicans had expected. However, voters did hand the US House of Representatives back to the GOP, by a slim margin, ousting California Democrat Nancy Pelosi as speaker. However, with some Republicans expressing doubts about Rep. Kevin McCarthy’s (R-CA) leadership in the lower chamber, it’s not yet entirely clear who will assume the important role.

On Monday, November 28, McCarthy appeared on Newsmax to discuss the playing field in the House. Host Sean Spicer highlighted that some GOP lawmakers had hinted they might not back McCarthy for the position unless they got certain “concessions.” Spicer then indicated the practical difficulties associated with appointing someone else, given that potential replacements like Reps. Marjorie Taylor Greene (R-GA) and Jim Jordan (R-OH) were both supporting McCarthy.

The Republican leader accepted that certain conservative lawmakers had issues they wanted to raise, and said he wanted to make sure “everybody has input.” However, he cautioned that Republicans needed to “speak as one voice.” Should the party let division take root, he warned, the Democrats could get the opportunity to select the next speaker.

McCarthy was ultimately optimistic Republicans would “find the right path” over the coming weeks.

Kevin McCarthy on Newsmax: "If we play games on the floor, the Democrats could end up picking who the speaker is." pic.twitter.com/NGLNf28vTB

Do you think Kevin McCarthy is the right person to serve as speaker of the House for the next two years?