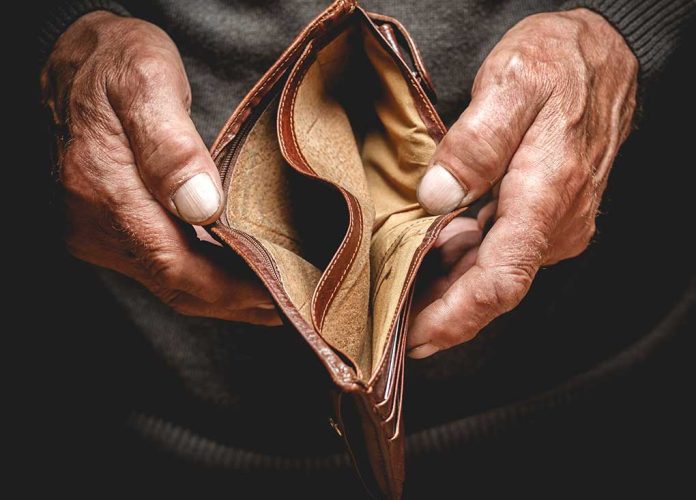 (RepublicanDaily.org) – Whether to allow the government to continue to provide economic aid during the pandemic is a controversial topic. At first, most Americans seemed to agree that the most vulnerable members of society should receive some help during lockdowns. However, as weeks turned to months, more and more people have questioned how much all this generosity would cost us down the road.

Now, it appears the answer to this question is going to cause problems sooner rather than later.

The Social Security Administration Is Running Out of Money

On Tuesday, August 31, the Treasury Department revealed that important Social Security trusts would likely run out of money in the coming years, sooner than previously expected. The pandemic is taking some, but not all, of the blame for this situation. The trusts under threat provide retirement funds for millions of Americans.

The Old-Age and Survivors Insurance (OASI) Trust Fund, for example, is now expected to run dry a full year earlier than previously predicted. The last assessment on that fund took place just last summer. After that deadline, the money coming in from taxes will no longer be sufficient to cover the trust’s outflows. The Disability Insurance (DI) Trust Fund will now run out of money a full eight years earlier than previously thought, in 2057.

This year marks the first, since 1982, that Social Security costs exceed its inflows. Alarmingly, the agency notes this situation could persist for the remainder of the 75-year projection period.

Kilolo Kijakazi, the acting commissioner of the Social Security Administration, says trustees want Congress to pump more cash into Social Security to ensure it remains afloat. Other administration leaders echoed this sentiment, stressing the importance of the payments for Americans. Treasury Secretary Janet Yellen, a trustee board member, said Medicare and Social Security were “essential… for our most vulnerable populations.” She continued that the administration was “committed to safeguarding these programs.”

Can We Afford It?

Allowing our reserves of social benefits to run dry would undoubtedly cause chaos. However, Americans need to be aware of the economic impact the Biden administration’s massive spending has already had. This year has seen record-breaking monthly increases in inflation. While experts say this relates to a variety of factors, it’s difficult to ignore the trillions of dollars spent since the beginning of the pandemic and the additional trillions ready to leave government coffers over coming years in the form of infrastructural investment.

This situation devalues the cash sitting in your bank account day by day. At what point will Biden’s officials admit their tax-and-spend strategy carries substantial risks?