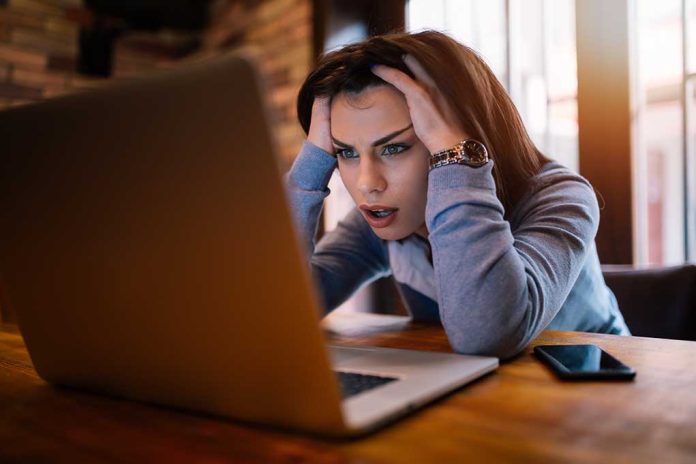 Republican’s Home Shot At, but the Left Won’t Talk About It

(RepublicanDaily.org) – The Democrats love to talk about political violence and how Conservatives are provoking it. They’re blaming Republicans for the recent attack on House Speaker Nancy Pelosi’s (D-CA) husband, although it was committed by a mentally ill illegal immigrant. However, when there’s an actual attack on a right-wing politician, the Left goes strangely silent.

US House Republican candidate Pat Harrigan’s home was shot, his little girls were inside not far from the bullets, and there’s no MSM coverage of the story. All local. No CNN, NBC, CBS, ABC, etc— none of the big networks have covered it.

Since Paul Pelosi was attacked by a hammer-wielding intruder on October 28, Democrats have been working hard to pin the blame on Republicans. Hillary Clinton and others have claimed the assault was the result of Conservatives spreading “hate and deranged conspiracy theories.” In fact, the alleged attacker’s political views are unclear, and there’s no evidence he was motivated by anything any Republican said. On the other hand, there’s plenty of evidence of political violence carried out by the Left.

When Senator Rand Paul (R-KY) was assaulted by a neighbor in 2017, many Leftists — including Speaker Pelosi’s daughter Christine — openly applauded. The same year, a Bernie Sanders fan shot and wounded House Whip Steve Scalise (R- LA) at a baseball game. Clinton didn’t have a lot to say about political violence then.

Left-wing violence is still going on. On October 18, someone fired a shot into the home of a Republican congressional candidate’s parents. Pat Harrigan, who was challenging Representative Jeff Jackson (D-NC), was unharmed in the attack, but the bullet ended up close to where his children were sleeping.

Police are still investigating the shooting, but where are the condemnations from Democrats? The only Dem who’s spoken up is Jeff Jackson; the party’s leadership is pretending it never happened, and the mainstream media is just as silent. It seems violence against Republicans doesn’t count.