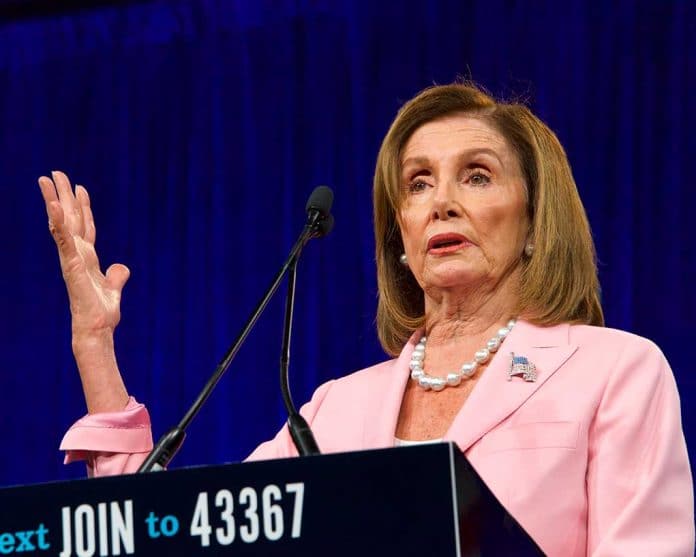 (RepublicanDaily.org) – Rising prescription drug prices in America are an undisputed problem. Former President Donald Trump talked about it often. Medicine costs more in America than in other developed nations, and Congress has repeatedly tried to pass legislation to make treatments cheaper and lessen the burden on families. Unfortunately, they disagree about how to best do that  .

House Speaker Nancy Pelosi (D-CA) is currently backing H.R.3, also known as the Elijah Cummings Lower Drug Costs Now Act, named after the late congressman. The bill would attempt to fund some of President Joe Biden’s infrastructure projects through drug price reform. However, some of her moderate colleagues are unsure about the proposal. Several House Democrats wrote a letter to Pelosi last week asking for a more modest rule change that would not stifle drug innovation.

Senators are now getting in on the act as well. On Wednesday, June 9, The Hill reported that a group of Senate Democrats, led by Sen. Ron Wyden (D-OR), is also coming up with an alternative drug price reform bill.

While Congress figures out what to do about drug prices (again), Americans on both sides of the aisle show support.

A new @WestHealth/@Gallup poll showed widespread support for giving the federal gov't a major role in negotiating #drugprices, with 61% of Republicans and 97% of Democrats saying they backed such an initiative.

Hopefully, lawmakers get it together and craft legislation that both sides of the aisle can support. The American people need relief, and it’s time Congress does something about it.