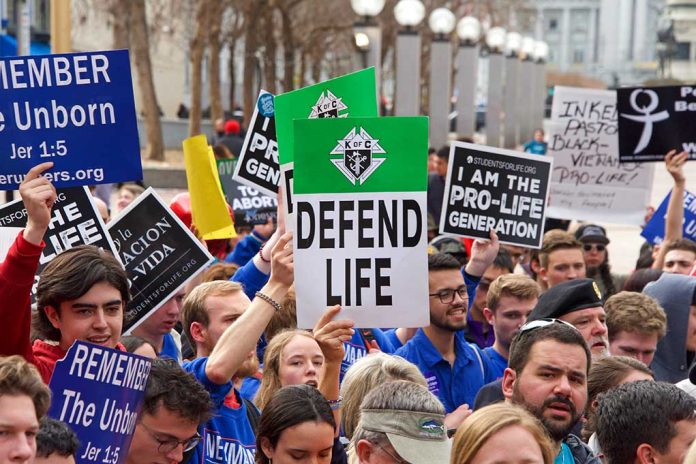 (RepublicanDaily.org) – The debate around abortion has gained new relevance in recent weeks in the context of a US Supreme Court case that could overturn the landmark Roe v. Wade. If it happened, it would drastically change legal protections around the practice. Conservative, pro-life figures have welcomed this potential development. One such individual recently shared her unique perspective on this argument during a Republican primary debate.

Kathy Barnette is running for the Republican nomination for Pennsylvania’s upcoming US Senate election. On Wednesday, May 4, Barnette took the stage with her fellow candidates for a live debate. When the discussion turned to the Supreme Court case on abortion, Barnette revealed her mother became pregnant with her at the age of 11 following a rape by a 21-year-old.

Barnette stated her pro-life views by saying she wasn’t “just a lump of cells.” She then called out fellow candidate Dr. Mehmet Oz for his allegedly pro-choice views, referring to a televised conversation in which Dr. Oz reportedly described a fetus as an “acorn with electrical currents.”

Pennsylvania Senate GOP primary debate. Kathy Barnette: “I am the product of rape and I am here to tell people like Dr Oz that I am not a clump of cells, my life matters.”

Dr. Oz, who has the endorsement of former President Donald Trump, defended himself by insisting he was pro-life and stating “life starts at conception.”

Do you agree with Kathy Barnette’s stance on this issue?