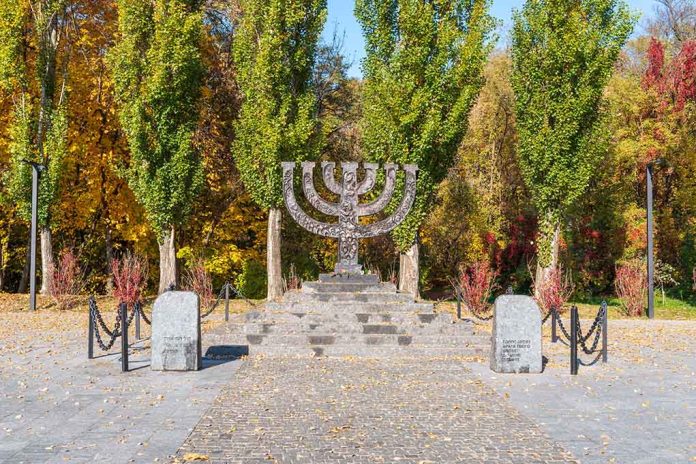 (RepublicanDaily.org) – Russia and Ukraine have now been at war for a week, and the conflict continues to escalate in violence. The most recent reports indicate approximately 2,000 Ukrainian civilians, of which more than a dozen were children, have died since the invasion started. There’s also been a large number of military casualties on both sides. Russia recently launched a missile attack on a Ukrainian target with huge practical significance.

On Tuesday, March 1, a Russian airstrike targeted the central TV broadcasting antenna in Kyiv. It also struck Ukraine’s most important Holocaust memorial. Five people lost their lives following the impact, while at least five more sustained injuries. As well as the human cost of this attack, the airstrike also disabled Ukraine’s TV stations, which all stopped broadcasting shortly after news of the missile strike. There are now concerns Russian media outlets might use the network to spread misinformation.

The Babyn Yar Memorial, which the strike also targeted, commemorates the death of nearly 34,000 Jews at that exact spot in Kyiv during a 48-hour period in 1941, while the city was under Nazi occupation. Many people have taken to social media to express their outrage at Russia’s decision to bomb the memorial.

Remarkable moment caught on camera as Zelensky hears about the bombing of the Babyn Yar Holocaust memorial for the first time. pic.twitter.com/3HnJQqVe8R

Russian forces continue their push towards Kyiv, with reports suggesting troops are now using heavier weaponry. We will bring you important updates on the situation as they emerge.