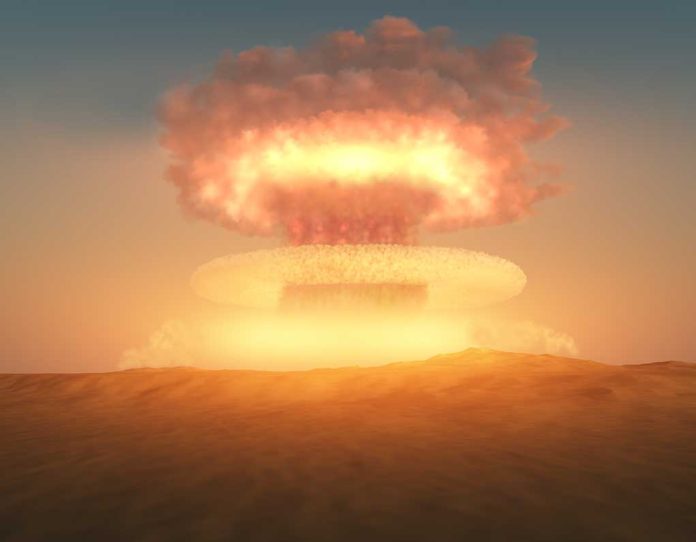 (RepublicanDaily.org) – Russia’s recent invasion of its neighbor Ukraine has raised some uncomfortable questions about the prospect of a calamitous nuclear event in the near future. This issue came sharply into focus following reports Russian forces were occupying the area around Chernobyl, the site of the worst nuclear disaster in history. Now, there’s another potential cause for concern.

A new report from Summit News highlights a number of statements from Dmitry Kiselyov, a Russian TV host with a reputation for disseminating messages that are favorable to Russian President Vladimir Putin. Kiselyov implied the Russian military would not hesitate to use nuclear force against the United States or other NATO countries.

Kiselyov implied that the “mutually assured destruction” narrative might not dissuade Russia from using the considerable atomic force at his disposal. His reasoning was that NATO countries were operating to destroy Russia, so Russian leaders had no reason not to return the favor via nuclear means.

A Russian TV host dubbed “Putin’s chief propagandist” has threatened the nuclear destruction of America and NATO countries, asking, “Why do we need the world, if Russia isn’t there?”https://t.co/aOYEG6A1pR

According to Kiselyov, Russia has over 500 nuclear warheads at its disposal, including submarines that are ready to dispatch them against hostile nations, potentially destroying them all.

Do you think Western leaders need to be concerned about statements like Kiselyov’s, or are they merely an intimidatory bluff?