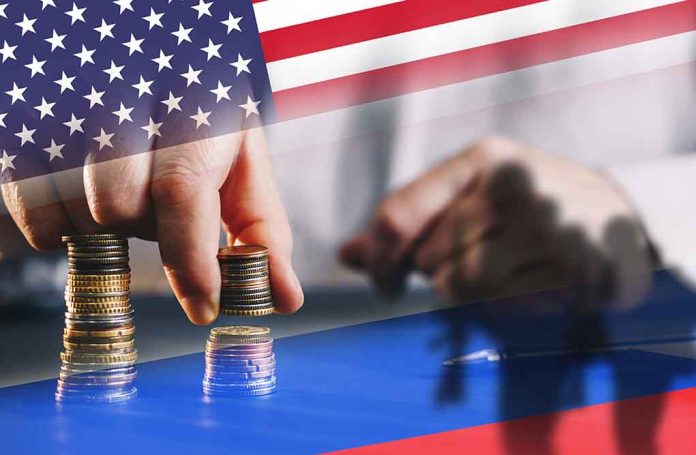 Russian Economy CRUMBLING – For the First Time Since 1918

(RepublicanDaily.org) – Russia’s war against Ukraine has been ongoing since late February, with countries around the world imposing severe economic sanctions on the invading country since then. Russian President Vladimir Putin has persisted with the invasion nonetheless, but he hasn’t been able to preserve his country’s economy from severe damage. On Sunday, June 26, Russia officially defaulted on foreign debt, marking the first time it has done so in just over a century.

Russia owed $100 million in interest payments by a May 27 deadline, but it had a grace period for the debt that expired on Sunday, June 26. Following the passage of the second deadline, the country was officially in default.

The Kremlin has argued it’s not truly in default as it has the funds to cover its debts. It simply cannot pay them in foreign currency because international institutions have prevented Russia from using their payment facilities.

BREAKING: Russia defaults on its foreign-currency sovereign debt for the first time in a century https://t.co/IoxiwIBpRf

Ordinarily, a default of this nature would be a major issue for a large global economy. However, given the difficulties the nation is facing already, this is effectively a symbolic event. Russia is already contending with skyrocketing domestic prices and a severe slowdown in economic growth because of its isolation from the rest of the world. Global factors, such as the worldwide inflation that has followed the COVID-19 pandemic, are also playing a part.

Will things get worse for Russia before they get better?