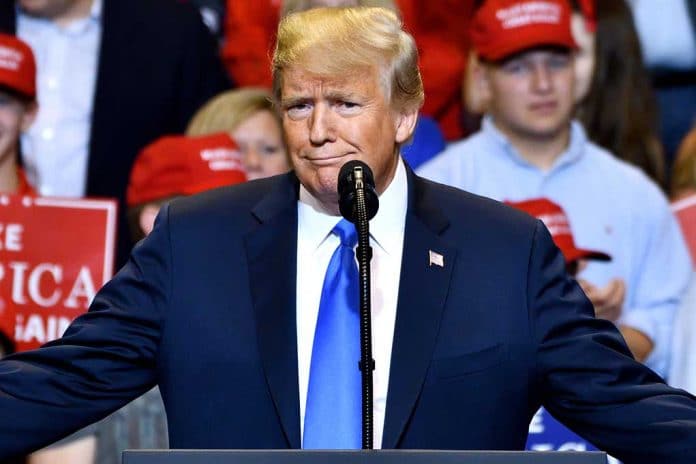 (RepublicanDaily.org) – Florida Governor Ron DeSantis has quickly established himself as the Republican Party’s rising star. The no-nonsense Conservative had endeared himself to Floridians over the last year with his refusal to embrace the restrictive approach of other states when it came to COVID-19.

Of course, to be successful in the GOP right now, it helps to have the endorsement of former President Donald Trump. That’s why many conservatives were worried this week when rumors surfaced that there could have been a feud between the pair over a Sarasota rally Trump held on Saturday, July 3. Sources alleged Governor DeSantis had asked Trump to postpone the rally in the wake of the Surfside tragedy, in which a condo building collapsed.

According to DeSantis, however, these reports were inaccurate. In a Wednesday statement, the governor’s office said it never asked Trump’s team to change its plans regarding the rally because of what happened in Surfside. Instead, he wanted the people of Florida to “enjoy the holiday weekend” and, to that end, would prefer all scheduled events to go ahead as planned, including the former president’s rally.

DeSantis response: “Governor DeSantis is focusing on his duties as Governor and the tragedy in Surfside, and has never suggested or requested that events planned in different parts of Florida — from the Stanley Cup finals to President Trump’s rally — should be canceled. …“ (1/2) https://t.co/XDsU29lqbo

A source close to DeSantis said the governor would probably have attended Trump’s rally had it not been for the tragedy, but he was unlikely to appear there now.

With DeSantis’ name in the mix as a potential running mate for Donald Trump in 2024, Conservatives will be glad to see these rumors are untrue.