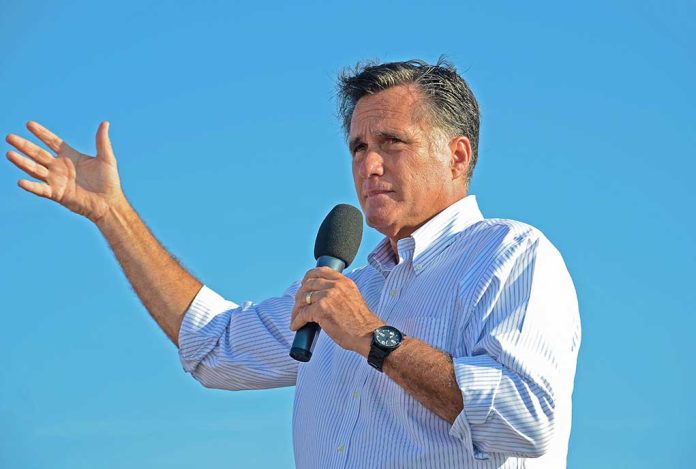 (RepublicanDaily.org) – The bipartisan infrastructure bill currently awaiting debate in the House has been the source of controversy for some time now. A group of senators passed the $1-trillion measure, but it has attracted fierce criticism from many conservatives, including former President Donald Trump. Some Republicans, however, want to see the bill pass and the infrastructural investment begin.

One example is Senator Mitt Romney (R-UT), a group member that authored the bill. Last week, the senator traveled his state praising the bill, highlighting the various benefits it could offer Utah and its people. The package would reportedly see around $3 billion flow to his state for investment in transport infrastructure, broadband, and water services. He also acknowledged the bill might well fail to progress past the House.

We were honored to host Sen. Mitt Romney at our Traffic Operations Center today. We shared with him some of the unprecedented things we have accomplished in state-wide signalization, and offered our support for the work he is doing in the Senate to improve infrastructure in Utah. pic.twitter.com/E2fNqMHWoW

During one radio interview last Thursday, Romney blamed the uncertainty around the bill on Democrats, saying the party is “tangled up in [its] own underwear.”

One of the major difficulties with the infrastructure bill is its attachment to a much larger $3.5-trillion budget resolution. Progressive House Democrats say they will not vote for the smaller bill unless the larger one accompanies it. While nine House moderates say, they will not approve any proposition that ties the two bills together, making things more difficult.