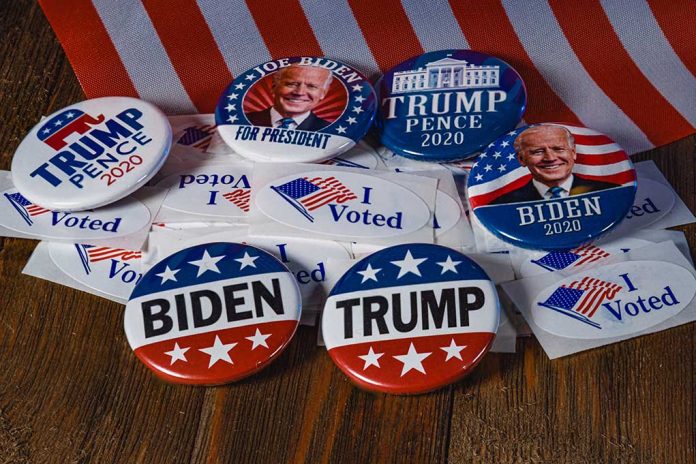 (RepublicanDaily.org) – Thirteen months from the major controversy surrounding the certification of the most recent presidential election, doubts remain about how the vote unfolded. Across the nation, a significant portion of the GOP voter base believes former President Donald Trump lost unfairly. One state lawmaker in Arizona has just taken action in defense of Trump.

State Rep. Mark Finchem (R), along with a number of his political colleagues, recently introduced HCR 2033, a bill that would decertify presidential election results from Pima, Yuma, and Maricopa Counties.

According to Finchem, this bill is a step away from mainstream media narratives about election integrity. He says passing the legislation would bring about more positive outcomes for the American people in light of the 2020 election. He’s currently running for Arizona secretary of state.

This legislation follows sustained debate and speculation over the reported results of the 2020 presidential election in Arizona. Many Trump supporters allege there were glaring irregularities in the Arizona results. Liz Harrington, the former president’s representative, outlines some of the alleged irregularities in the tweet below.

5,295 over votes from people voting in more than one county

At least one batch of 50 ballots “was run through the tabulators twice.”

Official Canvass recorded 3,432 MORE ballots cast than people they recorded as having cast a vote

Do you think we’ll ever truly get to the bottom of what happened in the presidential election of 2020?