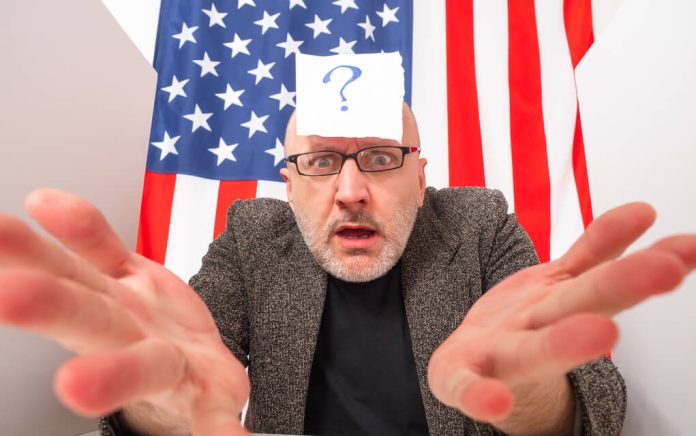 (RepublicanDaily.org) – Is the editor of a prominent conservative website having an identity crisis, or has he identified a problem on the American right? John Daniel Davidson, a senior editor at The Federalist, has just written a long article calling on the Right to abandon the word “conservative” — and find a new way to identify its values.

Is the Right Really Conservative?

In a 1,690-word article published on October 20, Davidson argued that “the conservative project has largely failed, and it is time for a new approach.” He says conservatism is about conserving things, citing right-wing priorities like religious freedom and individual rights. Davidson strongly approves of those things, but he claims it’s too late to fight in their defense — “you cannot preserve or defend something that is dead.”

Davidson referenced an article written two weeks earlier by politics expert Jon Askonas, titled “Why Conservatism Failed.” Askonas believes Conservatives didn’t understand the revolutionary nature of technology, and how it would interact with the profit motive. He says they were too focused on the open threat of left-wing politics and missed the more subtle one of technological change. Davidson agrees, and says the result is society has been completely transformed “within the span of a single human lifetime,” and the traditions Conservatives want to defend are already gone.

Davidson is no defeatist. He isn’t suggesting the political Right should give up; instead, he says Conservatives should “break from the past and forge a new political identity.” In support of that, he cites Thomas Jefferson as a great believer in occasional revolutions.

What Do Conservatives Say?

It’s fair to say that Conservatives aren’t all flocking to back Davidson’s message. Right-wing writer Scott Howard said, “You can abandon your conservatism. I’ll keep mine.” Political analyst and GOP member Sean Trende took a dig at Davidson and his allies on the Republican right, saying, “He is proposing they stop calling themselves Conservatives. I’m good with that.”

The Left, of course, is outraged too. Liberal journalist Marc Jacob was one of several who claimed Davidson was advocating fascism. Of course, several leftists didn’t seem to have read the article clearly, and thought just because Davidson mentioned archaic traditions like arranged marriage and trial by combat, he was, in fact, advocating them.

Whether you agree or disagree with Davidson’s argument, it could spark a valuable debate about where the American Right goes now.