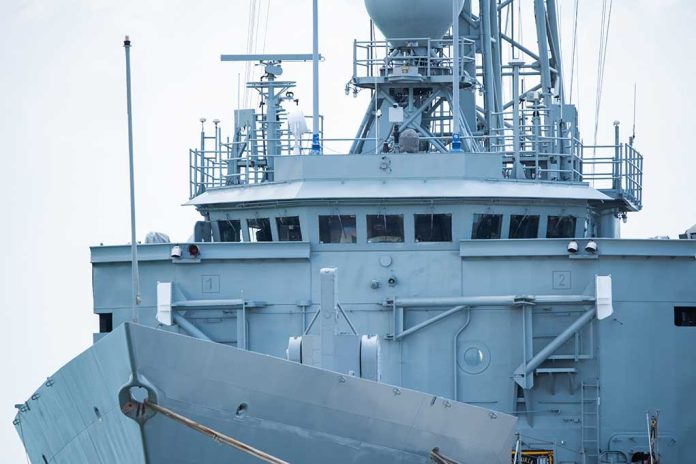 (RepublicanDaily.org) – Accidents happen in all walks of life, and, in most situations, people can usually be forgiven for dropping the ball once in a while. However, the same rules don’t typically apply if you’re talking about military service members. Those serving in the armed forces need to be active and alert at all times, or calamity can quickly strike. In July of last year, that’s reportedly what happened when an arsonist set fire to the USS Bonhomme Richard, causing irreparable damage to the vessel.

A single sailor reportedly started the fire because of negative feelings about his superior officers. The authorities filed charges against this individual, but a new US Navy report claims the offender was only able to do what he did because of sloppiness on the part of officers and crew on the ship.

While one sailor has been charged with setting the fire that destroyed the USS Bonhomme Richard, a Navy report lists three dozen officers and sailors whose failings either directly led to the ship's loss or contributed to it. https://t.co/vMI27Y7JyH

One major problem was the crew’s inability to extinguish the fire. Crew members also did a poor job coordinating with local fire services when they arrived on the scene.

Captain Gregory Thoroman, the ship’s commanding officer, came in for especially heavy criticism in the report. His leadership failures allegedly “directly led” to the ineffective response that allowed the ship’s complete destruction. In all, the report criticized 36 sailors (including five admirals).