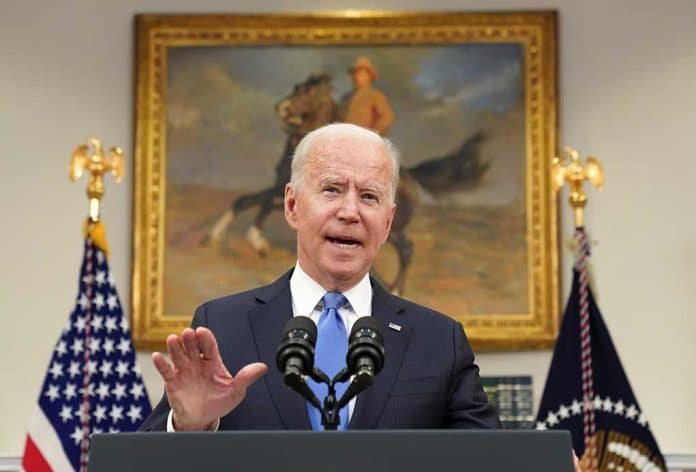 (RepublicanDaily.org) – In the most recent episode in the ongoing crisis at the US/Mexico border, thousands of migrants camped out in Del Rio, Texas. Most reportedly came from Haiti after a devastating earthquake in the Caribbean nation. Initially, reports filtered through stating the Biden administration was returning these migrants to their countries of origin on deportation flights. However, that claim is now in doubt.

On Wednesday, September 22, a report emerged that the migrants were, in fact, gaining entry to the United States. This allegation comes from an administration official who spoke to the press on the condition of anonymity. However, the individual reportedly has an intimate working knowledge of the situation on the ground.

According to the report, some released have received orders to present themselves at immigration offices within 60 days of their arrival in the US. Authorities are transporting the migrants to locations like El Paso, Laredo, and the Rio Grande Valley in Texas.

Critics have been quick to note that Haiti’s vaccination program is, thus far, almost non-existent. This has added to the controversy over the Biden administration’s attempts to curtail the delta variant of COVID-19, such as the mandate requiring businesses to make workers get vaccinated or submit to weekly testing.

The vaccination rate in Haiti is less than 1% and the @AP is now reporting that thousands of these Haitian illegal immigrants are being released into the U.S.

President Biden is worsening our border and health crisis.https://t.co/MBMaleOn4F

It looks like President Joe Biden’s two biggest headaches, the pandemic, and the border crisis, are merging in a very worrying fashion.