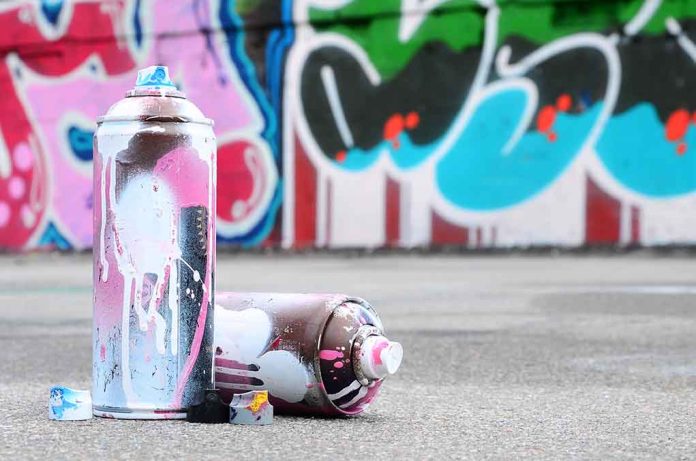 (RepublicanDaily.org) – Vandals have hit a pro-life billboard in ultra-liberal Portland, Oregon. Although it seems like a minor issue, it’s part of a pattern that’s also seen churches and pregnancy resource centers in Portland attacked. Although it’s now over six months since Roe v Wade was consigned to the history books, feelings are still running high.

Early on January 2, a billboard paid for by the anti-abortion group ProLife Across America was vandalized on Portland’s Sandy Boulevard. The vandals sprayed “KILL THEM KIDS” across it. The perpetrators also sprayed Xes over the eyes of a baby featured on the poster, a common trope used in cartoons to represent the eyes of a dead person. Finally, they blacked out links to ProLife’s website. The damaged billboard was removed the next day.

Following the US Supreme Court’s decision last June to overturn the 1973 Roe v Wade ruling legalizing abortion across the US, pro-life groups — including several in Portland — were the victims of vandalism and other attacks. Although this latest incident caused no injuries and little property damage, it’s still troubling; local news channel MRCTV commented, “We are living in a culture that celebrates death.”

Even pro-abortion groups condemned the vandalism. An Do, the director of Planned Parenthood Advocates of Oregon, said behavior like this “doesn’t represent the organization’s values.”

The Portland Police Bureau says it’s “unclear” if any police reports relating to the vandalism have been filed. However, there are questions about the department’s impartiality. Conservative commentator Andy Ngo claimed last June, Portland cops stood by and watched as an Antifa mob smashed windows at Portland’s First Image pregnancy resource center.

ProLife Across America isn’t giving up. The billboard might have been taken down, but director Mary Ann Kuharski said they hope to replace it. The question is, will a replacement have any more luck than the original, or will the vandals strike again?