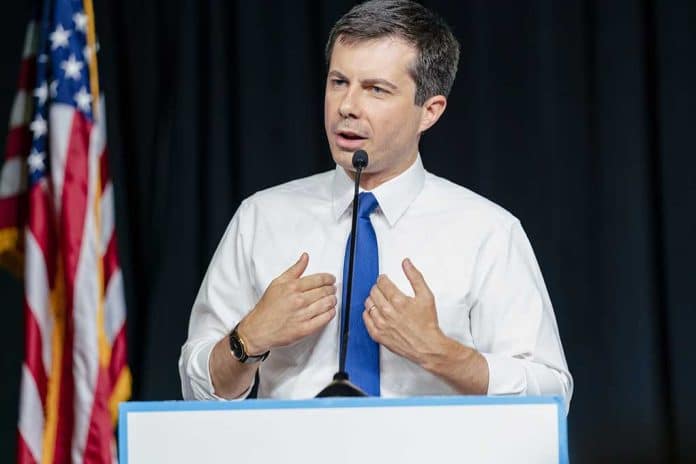 (RepublicanDaily.org) – Transport Secretary Pete Buttigieg is having a tough time this year. Several weeks ago, he came under fire when it transpired he had been on parental leave from his government duties throughout the crises involving supply chains and President Joe Biden’s infrastructure bill. Now, he’s attracting criticism again for an apparent gaffe.

On Monday, November 8, Buttigieg addressed a press conference about his ambitions regarding infrastructural investment. One reporter asked Buttigieg to remark how he planned to tackle the racism underpinning many older construction projects in the United States. As part of his response, the transport secretary alleged that some highways in the country had been built to separate black and white neighborhoods. He also claimed public authorities had deliberately made some underpasses so that buses carrying “mostly black and Puerto Rican kids to [the] beach” would have been unable to pass.

Buttigieg did not offer any evidence for these claims. Conservative commentators and politicians have been quick to bash him over what they view as baseless speculation. Senator Ted Cruz (R-TX), for example, offered the following sarcastic putdown via Twitter.

The roads are racist.

Is this a sign Pete Buttigieg isn’t cut out for his job?