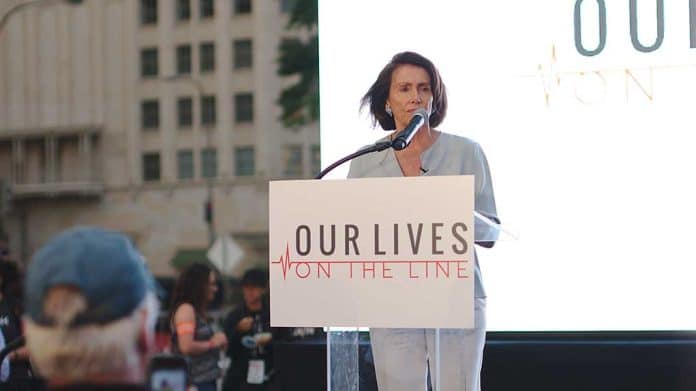 (RepublicanDaily.org) – Abortion remains one of the most controversial social policy discussions in America today. While Conservatives oppose it, most Democrats want to remove as many of the laws around it as possible. Not only that, but many Liberals also feel the government should fund terminations rather than having women pay for the procedure themselves.

On Thursday, July 22, House Speaker Nancy Pelosi (D-CA) addressed whether abortion services should receive federal government funding. Pelosi said she believed it was “the right thing to do,” stating it was “an issue of health.” She was speaking in the context of the ongoing attempt by Congressional Democrats to repeal the Hyde Amendment, which bans such taxpayer funding.

Like President Joe Biden, Nancy Pelosi is a Catholic. She even referred to her faith during her answer to the question about the Hyde Amendment. Abortion is contrary to the moral teachings of the Catholic Church, with the official position being that termination is “always wrong.” The US Conference of Catholic Bishops has asked lawmakers not to do away with the Hyde Amendment. Also, Mississippi recently asked the US Supreme Court to overturn Roe v. Wade, the SCOTUS case that provides the basis for legal abortion across the country.

LIFE is the fundamental component to both liberty and the pursuit of happiness.

It’s quite clear that Speaker Pelosi fails to recognize that. Absolutely shameful!https://t.co/z1EqrGkKYb

Leaving Pelosi’s religious beliefs aside, her position on this matter still makes little sense. Why should taxpayers be forced to fund a procedure like abortion when a significant percentage of them believe it’s morally reprehensible? Most conservatives would agree that the Hyde Amendment should remain in place.