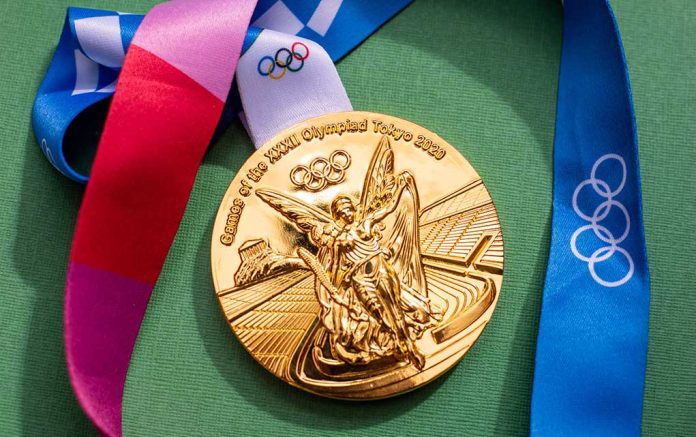 (RepublicanDaily.org) – There has been much controversy surrounding the behavior of many Team USA athletes leading up to and during the Olympic Games currently underway in Tokyo. On Sunday, August 1, shot-putter Raven Saunders held her arms in the shape of an “X” while on the podium to receive her silver medal. She said the gesture symbolizes the “intersection of where [oppressed people] meet.” The protest appeared to defy the International Olympic Committee’s (IOC) ban on podium protests.

Luckily, however, not all American athletes have chosen to cause controversy upon winning medals. On Tuesday, Tamyra Mensah-Stock made history when she became the first black woman to claim Olympic gold for the US in wrestling. After her victory in the 68-kilogram freestyle final, she gave an interview in which she credited the “grace of God” for her sporting ability and mentioned she “[loves] representing the US.”

Mensah-Stock also spoke on the importance of her victory for other young women of color, saying she hoped to make them realize “I can do that.” She congratulated her opponent, Blessing Oborududu, the first athlete ever (male or female) to bring home a wrestling medal for Nigeria.

Tamyra Mensah-Stock didn't just win gold, she made history. And she's embracing serving as an inspiration.

"These young women are going to see themselves in a number of ways and they're gonna look up there and go, I can do that 'cause I can see myself." https://t.co/ydsdHxNubP pic.twitter.com/3Hr9Del399

Analysts and fans have been unanimous in their praise for Mensah-Stock since her win. It goes to show that sporting excellence and pride in one’s nation truly pair well.