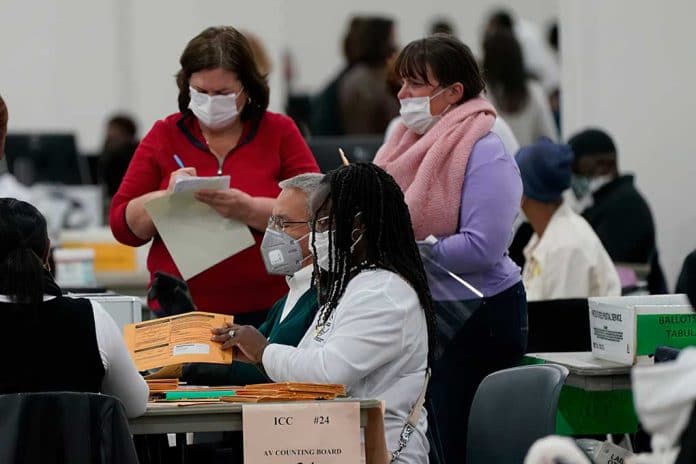 (RepublicanDaily.org) – There have been many efforts across the country to tighten election laws in the wake of the 2020 election. While these have met with resistance from some quarters, there’s been plenty of success as well. Now, the bipartisan National Association of Secretaries of State (NASS) just passed an important resolution making recommendations about how election audits should take place going forward.

On Monday, August 16, the NASS gathered to vote on a set of guidelines related to post-election audits. Under the new guidelines, audits would have to occur as soon as reasonably possible after a disputed vote. Additionally, they would have limited durations as well. The same would apply to any necessary recertification.

Chain of custody procedures would also be of “paramount” importance for audit procedures in the future. According to the NASS, these new directives will “promote a greater public understanding” of election security audits.

West Virginia Secretary of State Mac Warner (R) was the only figure at the summit to vote against the resolution.

West Virginia Secretary of State Mac Warner was the sole "no" vote at the meeting of the National Association of Secretaries of State.

The new move reflects a move toward bipartisan agreement on the topic of election security and fraud. Will there be more cooperation to protect free and fair elections in the future?