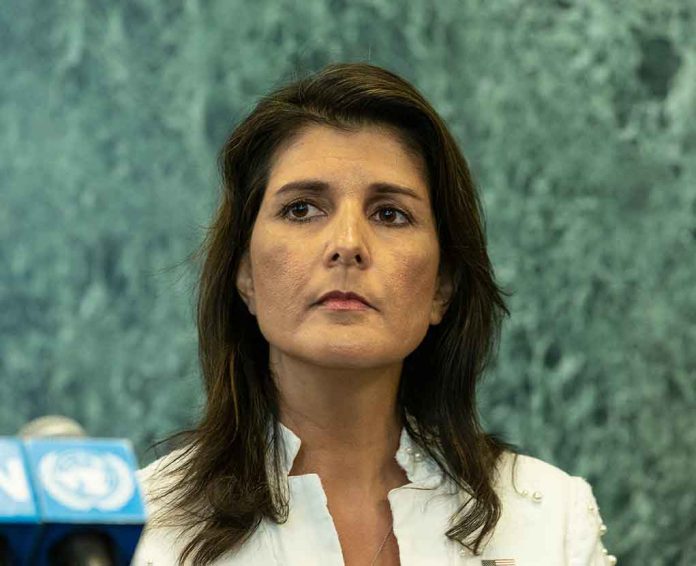 (RepublicanDaily.org) – A senior Republican has called for Senator Raphael Warnock (D-GA) to be deported from the US — even though he was born here. Former South Carolina governor and ambassador to the UN Nikki Haley, whose parents were both Indian immigrants, made the suggestion at a pre-election rally in Georgia. Now she’s facing backlash, with even other Conservatives saying she’s gone too far.

Nikki Haley says Sen. Raphael Warnock, who was born in Georgia, should be ‘deported' https://t.co/8QNLqyMG19

At a November 6 rally in Hiram, GA, Haley praised legal immigrants for being “more patriotic than the leftists these days,” highlighting how many immigrants love this country and want its laws to be obeyed. It was a positive message about America’s long history of legal immigration — but then she said, “the only person we need to make sure we deport is Warnock.”

Following Haley’s comment, both Liberals and Conservatives condemned her. Warnock is a US citizen born in Savannah, GA; his father served in the US Army during WWII. Left-wing political commentator Seth Asher accused her of racism, while conservative economist Heath Mayo said her statement showed how potential Republican leaders were “really just weak toadies ready to say anything for applause.” The liberal media is linking Haley to former President Donald Trump, who’s expected to announce a 2024 presidential run next week.