(RepublicanDaily.org) – It’s no secret there’s a liberal bias in the media. A certain amount of this is forgivable, for political commentators who don’t hide the fact that they are Democrats. However, some news outlets are billing themselves as unbiased while obviously targeting Conservatives.

That’s what happened on Sunday, October 25, when the New York Times published a hit piece on several news outlets. The Times piece alleged some publications, including the Washington Examiner, New York Post, and Breitbart, were deliberately publishing misleading stories or propaganda.

Breitbart News, The Gateway Pundit, The Washington Examiner and other right-leaning sites regularly amplify false claims by President Trump and his allies about voter fraud. It is an example of what a new Harvard study calls a “propaganda feedback loop.”https://t.co/FXFeNI7M5a

The article claimed these publications would post stories about voter fraud that would later turn out to be false, but would not print retractions. However, the Times provided no evidence of wrongdoing for most of the news stories it mentioned. Representatives of the Washington Examiner have denounced the Times story as exaggerated and unfair.

This is a clear smear campaign by the New York Times. So close to an election, its aim is obviously to sow distrust in the conservative media among undecided voters. 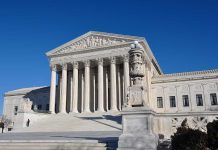 Colin Powell Passes Away at 84