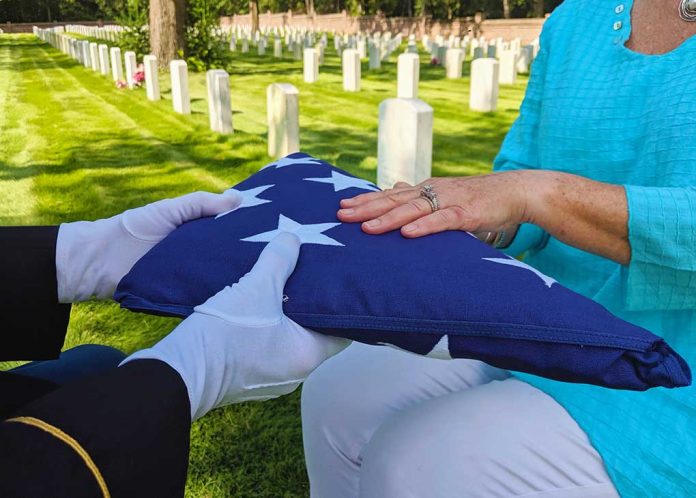 (RepublicanDaily.org) – New York Times and MSNBC contributor Mara Gay raised eyebrows across the country this week when she said it was “disturbing” to see Long Islanders flying American flags. She proposed the people in the area were flying the flags to express support for former President Donald Trump and appeared to suggest this was harmful to democracy some how.

During an interview on MSNBC, Gay said she imagined the flags as a statement by their owners, with the message being, “This is my country … not your country. I own this.”

Now, one of Gay’s employers has come out in support of her comments. On Wednesday, June 9, the New York Times (the editorial board of which Mara Gay is a member) published a tweet defending Gay’s statements, accusing unnamed media outlets of “irresponsibly [taking them] out of context.”

New York Times editorial board member Mara Gay's comments on MSNBC have been irresponsibly taken out of context. Her argument was that Trump and many of his supporters have politicized the American flag. The attacks on her today are ill-informed and grounded in bad-faith.

Twitter users were having none of it, however. Several pointed out there was little room to take anything Gay said “out of context.” One ridiculed her because she perplexingly said, “in no way do my words reflect what I said.” You can judge for yourself by watching the video below.

Will Mara Gay apologize for causing this controversy or issue a public clarification about her statement?