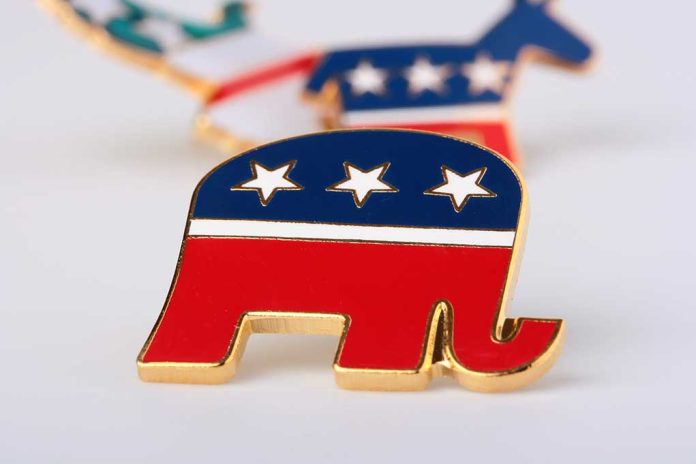 (RepublicanDaily.org) – Critical race theory (CRT) is presented as an intellectual movement and a framework for examining the ways in which racism intersects with other forms of oppression. Much of the literature that comes from the theory proposes that the United States is built on inherently racist legislative and judicial systems, and that these need to be torn down. Conservatives have vociferously rejected the theory, and are particularly concerned about children learning it in schools. Now, the Republican-led House is weighing up legislation that could force schools to be more transparent about their lessons on CRT.

The Curriculum Review of Teachings (CRT) Transparency Act was first reported on exclusively by the Daily Caller News Foundation. If it passes into law as it exists currently, the act will compel school districts to publicize the curricula followed by their elementary, middle, and high schools on open online forums. This would allow parents to see exactly what their children are being taught in school, particularly when it comes to contentious subject areas like critical race theory. Rep. Scott Fitzgerald (R-WI) introduced the bill with the backing of a number of other GOP lawmakers in the chamber.

Congressman Hunt is proud to co-sponsor this bill requiring school districts to publicly post their curriculums online. America is not inherently racist and our schools should be focused on educating not indoctrinating. https://t.co/B1gN0SWhDz

Prior to the introduction of the bill, Rep. Fitzgerald discussed the motivation behind it with the Daily Caller. He accused “bureaucrats and teachers’ unions” of negligently causing division in the classroom by allowing children to learn about concepts like CRT.

This isn’t the first time a Republican has taken a stand against CRT. In April 2021, Senator Tom Cotton (R-AR) introduced a bill that would have banned instruction on CRT in the military branches.

As the new Republican majority in the House gets settled in, it’s likely we’ll see many more legislative efforts that, like this one, were impossible during the preceding two years.