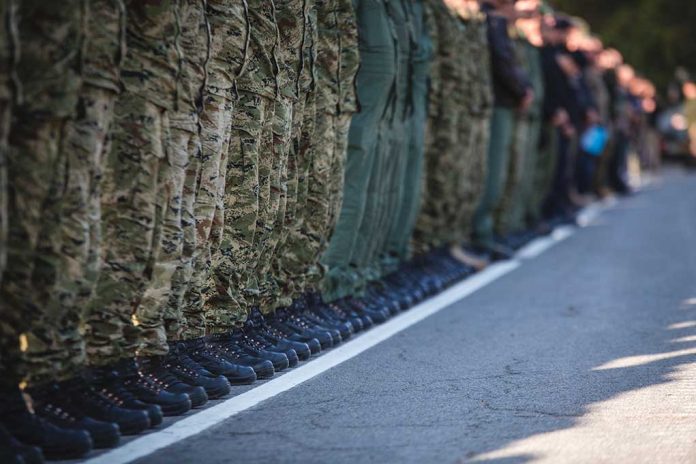 (RepublicanDaily.org) – Vaccination mandates were a hot topic for much of last year. President Joe Biden seemed determined to impose vaccine requirements on as many Americans as possible, despite widespread protests over his propositions. Federal courts slapped down many of the administration’s attempts to compel inoculation, but Americans of various professional backgrounds were still affected. Now, one lawmaker is aiming to help out some of these individuals.

On Monday, April 25, Rep. Chris Smith (R-NJ) introduced HR 7570. The legislation would require the reinstatement of military service members who had to leave their positions with the armed forces over their failure to get vaccinated.

Under the terms of the legislation, the fired service members would legally be entitled to re-enter the military at the same rank and grade at which they left. Additionally, dismissed service members not wishing to return to their jobs would receive protections, including benefits, a pension, and an honorable discharge from the military.

According to a report from Breitbart News, Smith introduced this bill after hearing the concerns of military veterans and their families about how vaccine mandates had affected employment in the military. Bill Borowsky Jr., a veteran of the Marines, was among those to contact Smith about the issue. Following the introduction of the legislation, Borowsky Jr. – who had to leave employment in the military because of a vaccine mandate – heaped praise on the New Jersey lawmaker. He claimed Rep. Smith, who was previously the chair of the House Armed Services Committee, was listening to voices like his when nobody else was in Washington, DC.

If Republicans reclaim control of the House of Representatives following the midterm elections this November, this bill will stand a stronger chance of being passed into law.

One lawsuit saw a federal district court judge in Texas block the Navy’s requirement that all SEALs get the shot or miss out on deployment. A federal appeals court later upheld this ruling, and the Department of Defense filed an emergency appeal with the US Supreme Court in March of this year.

The Pentagon argues vaccine mandates are necessary because of the costs COVID infections could incur during military engagement. It also points to a history of vaccination mandates in the military stretching back as far as the era of George Washington.

The challengers in the case – Navy SEALS and other Naval Special Warfare operatives – maintain the mandate compromised their religious freedom.

Do you agree with vaccination mandates for military service members?