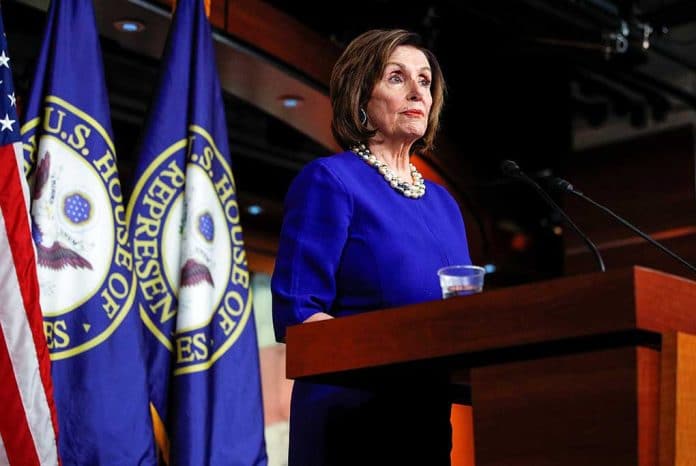 (RepublicanDaily.org) – As we passed the first anniversary of the Capitol Building riot on January 6, the controversy around the event reignited. Democrats and Republicans still disagree fiercely over the nature of what happened that day; was it a planned insurrection, or a protest that got out of hand? A key conservative is now leveling criticism at House Speaker Nancy Pelosi (D-CA) for failing to release crucial evidence related to the events of January 6.

Rep. Rodney Davis (R-IL) has accused Pelosi of attempting to cover up failures in the analysis of intelligence leading up to January 6. Davis, the ranking member on the House Administration Committee, alleges these failures still exist, and they might cause further security breaches in the future if officials do not take the proper steps to act on and learn from them.

Congressman Rodney Davis (R-Ill.) is accusing House Speaker Nancy Pelosi (D-Calif.) of obstructing a GOP-led investigation into the events leading up to a breach of the U.S. Capitol.https://t.co/fkC9UzsQCg

Davis referred to the frustration some lawmakers have that Pelosi is refusing to release details of communications between the Capitol Police and the House Sergeant at Arms. Former Capitol Police Chief Steven Sund has claimed he requested assistance from the National Guard ahead of January 6, only to be refused because of the optics of such a move. A different official has disagreed with Sund’s account, and we have no way of knowing what really happened without the proper evidence.

Will we ever get to the bottom of January 6?