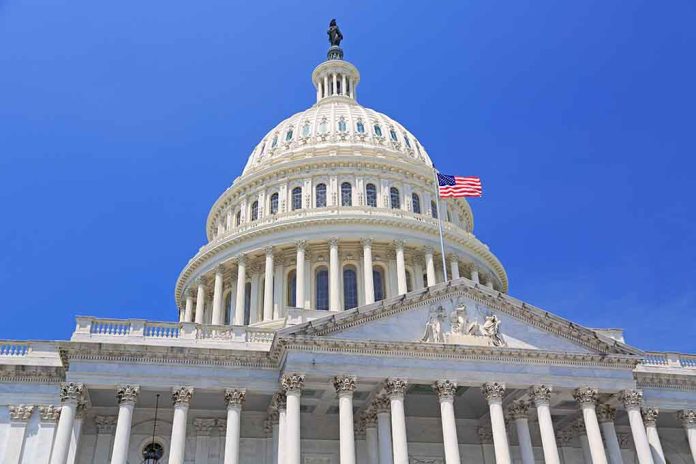 (RepublicanDaily.org) – It’s been over a year since the devastating January 6, 2021 riot at the Capitol Building in Washington, DC. However, the fallout from that fateful day is still unfolding, with many of those involved still waiting to hear what will happen to them. One protester whose image made his way around the world following the events of January 6 is currently before the courts.

According to federal prosecutors, Adam Johnson, the man who went viral after he picked up House Speaker Nancy Pelosi’s (D-CA) lectern and went around the Capitol Building with it, should get a 90-day federal prison sentence. In a sentencing memo, prosecutors said along with time behind bars, Johnson should also have to pay $500 in restitution and a $5,000 fine, carry out 60 hours of community service, and undergo 1 year of supervised release.

Johnson is a stay-at-home father from Tampa, Florida; his wife is a doctor, and he has not worked for 11 years. He claims his conduct at the Capitol Building was nonviolent and that he should be treated with greater leniency than federal prosecutors are suggesting.

Given the favorable treatment courts have given to rioters involved in liberal protests during the summer of 2020, is it fair Johnson might have to face a sentence as stern as this?