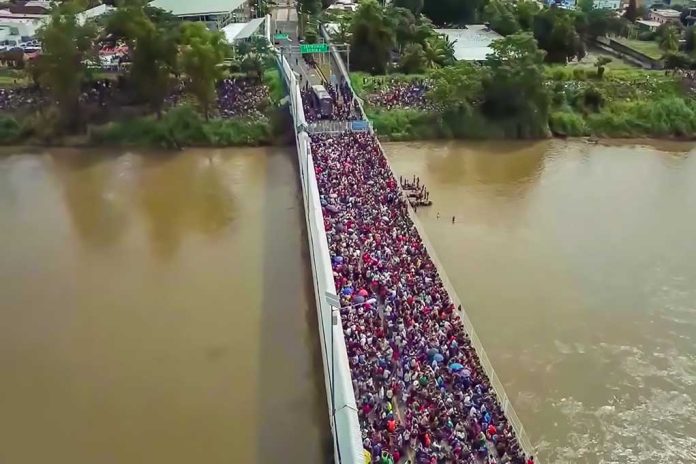 (RepublicanDaily.org) – Since President Joe Biden took the reins in the White House, immigration control has been his most persistent problem. In a complete reversal of the policies of his direct predecessor, former President Donald Trump, he instituted a lax, laissez-faire border control regime. Now, even some Democrats are calling for a solution to the problem.

Fox News reported that some high-profile Democratic lawmakers running for re-election this year are putting pressure on the Biden administration to rethink its plan to rescind Title 42. Trump imposed the measure in March 2020 as a tool to manage the spread of COVID-19. It allows Customs and Border Protection (CBP) officials to turn undocumented migrants away at the border without allowing them to lodge an asylum application.

One of the Democrats pushing for a change of course on Title 42 is Senator Mark Kelly (AZ). He spoke to reporters at the Douglas Port of Entry between the United States and Mexico on Wednesday, April 13. Senator Kelly stressed that he didn’t think Title 42 should become a permanent measure. However, he criticized the Biden administration and the Department of Homeland Security for trying to remove it because he doesn’t believe they have an effective backup plan in place.

Another Democrat speaking out against the measure, according to Fox News, is Sen. Maggie Hassan (D-NH). She said she recently toured the border and is concerned that ending Title 42 now will stretch the resources of personnel too thin.

What do you think, should Title 42 be lifted?