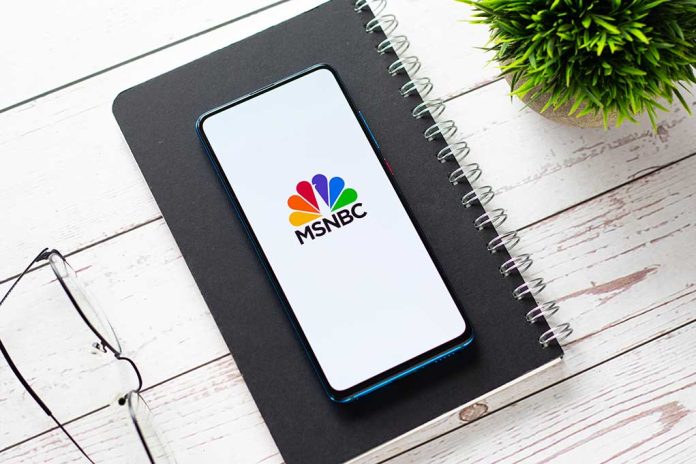 MSNBC Star Says Children May Be Arrested Under GOP Leadership

(RepublicanDaily.org) – A media historian has given a hysterical warning that, if the GOP does well in Thursday’s midterm elections, it could be the end of US democracy and the free press. Michael Beschloss, the presidential historian for MSNBC, made the alarmist claims on Wednesday, just after President Joe Biden hammered the same theme in a speech that’s been widely criticized as divisive.

Speaking from Union Station on November 2, Biden claimed American democracy is under threat from the MAGA movement. In a rambling and inflammatory speech that even ultra-liberal CNN described as “head-scratching,” the president said, “We can’t take democracy for granted any longer” and hinted Republicans are already planning to dispute the results of the midterms — even though the most prominent election denier in the country is Georgia’s Democratic gubernatorial candidate, Stacey Abrams.

CNN couldn’t work out why Biden returned yet again to the theme of democracy when polls show voters are much more worried about the economy and the cost of living crisis — and are turning to the GOP because Democrats are ignoring their concerns. However, it’s a message the president has been pushing for months, with the help of the mainstream media. One of the media figures who’s helped promote the idea that if you vote Republican, you’re attacking democracy, is MSNBC host Chris Hayes. On Wednesday, after Biden’s speech, Hayes called in Beschloss to help him analyze it.

Biden’s “democracy in danger” theme is already seriously over-dramatized, but Beschloss took it to ridiculous extremes. He claimed that “We could be six days away from losing our rule of law” and speculated that in 50 years, historians — “if historians are allowed to write in this country” — could be saying this election was about whether the US will remain a democracy, and “whether our children will be arrested and conceivably killed.” He concluded, “We’re on the edge of a brutal authoritarian system, and it could be a week away.”

Yes, some Republicans have questioned the results of the 2020 election, but that’s not a new, GOP-only phenomenon. Both parties are guilty of it, and it’s been happening for a while.

The reality is Biden is fixating on democratic legitimacy — and sometimes sending seriously mixed messages, like when he appeared on a blood-red stage backed by uniformed Marines — because he’s scared to fight these elections on the issues Americans actually care about. And if the Republicans win because they were willing to talk about things Democrats prefer to gloss over, it’s not a brutal authoritarian regime; it’s how democracy works.