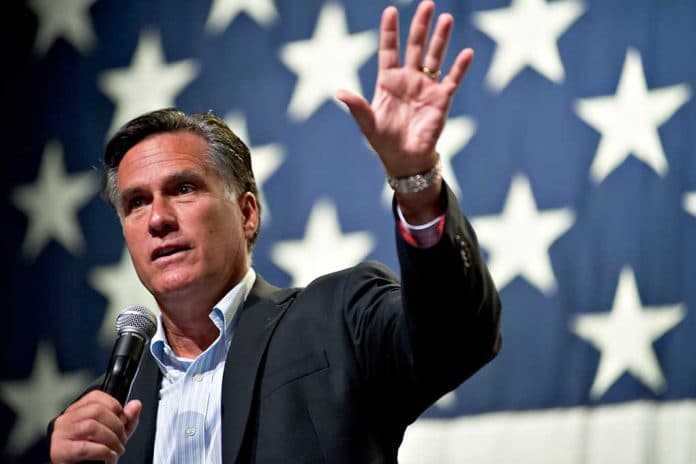 (RepublicanDaily.org) – Senator Mitt Romney (R-UT) has been at odds with many of his party colleagues in recent months. He was one of the few GOP lawmakers to position himself against former President Donald Trump when he underwent his second impeachment trial. Now, it looks as though the Utah senator has realigned himself with the Republican Party’s Congressional core.

On Tuesday, October 5, Romney told reporters he would join the Republican filibuster to stop the Democrats’ legislative effort to raise the debt ceiling this week. He claimed his party was united against the measure. For the proposal to pass, 10 Republican senators would have to vote for it to overcome the hurdle of the filibuster.

ROMNEY makes clear he will filibuster the debt ceiling increase on vote tomorrow. “We’re not voting in any way to help raise the debt ceiling. As a group we are all together “

Senators were initially preparing to vote on the debt ceiling early on Wednesday afternoon in the face of a complete standoff on the issue. Senate Minority Leader Mitch McConnell (R-KY) eventually made a proposition to extend the debt limit into early December. This means both parties now have more time to figure out a permanent solution to this seemingly intractable problem. McConnell has indicated his party would consider facilitating stand-alone debt ceiling legislation through reconciliation.