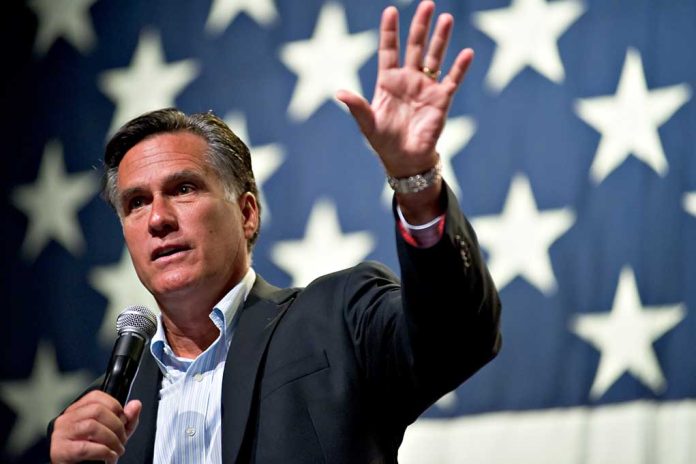 (RepublicanDaily.org) – Confidence is a good thing in a political candidate, but is Senator Mitt Romney (R-UT) taking it too far? The anti-Trump Republican is publicly debating whether he should run for another term in 2024 — and he’s sure he’ll win if he does. The problem is, voters aren’t quite as enthusiastic.

Romney has had a varied political career. He has been the junior US senator from Utah since 2019; he’s also been governor of Massachusetts and lost in his run against Barack Obama for the presidency in 2012. In two years he has to choose whether or not to defend his Senate seat, and right now, he isn’t sure. But, in a bold display of confidence, he recently told POLITICO, “If I run, I win.”

Do the right thing!!

Anyone who lost their position over mandates should be reinstated.

Plenty of senior Republicans would be happy to see Romney win. Senate Minority leader Mitch McConnell (R-KY) is a strong supporter who’s said it’s “important” that Romney run again. McConnell wants to support anti-Trump Republicans, to widen the GOP’s appeal, and Romney — the only Republican senator to vote for Trump’s impeachment and to support several Democrat bills — certainly fits the bill. However, Utah voters are divided.

Recent polling shows that 51.3% of Utahns and 56.3% of Republicans don’t want him to run for a second term. If Romney does decide to run in 2024, he could face a tough primary against more conservative candidates, and he might not want to take the risk.