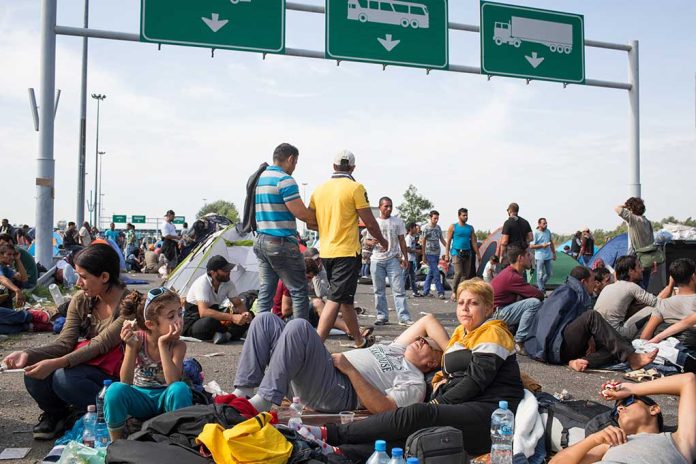 (RepublicanDaily.org) – The “Remain in Mexico” policy, officially called the Migrant Protection Protocol (MPP), came into force under former President Donald Trump. He initiated the scheme in January 2019, allowing border authorities to compel asylum seekers coming across the southern border to wait in Mexico for their immigration hearing, rather than in the United States. The Biden administration has aimed to dismantle the MPP, but Conservatives have repeatedly pushed back in the context of the ongoing cartel traffic coming across our southern border.

On Tuesday, April 26, Missouri Attorney General Eric Schmitt (R) spoke in favor of the Remain in Mexico policy, claiming it would help to deter undocumented migrant entries going forward, reported Fox News. Schmitt was speaking outside the US Supreme Court following oral arguments in a case aiming to determine whether President Joe Biden adhered to the Administrative Procedure Act when he rolled back the MPP last year. A lower federal court found the administration did not obey the rules of the Act.

Today, Missouri and Texas delivered oral arguments in front of the United States Supreme Court in the critically important "Remain in Mexico" case.

Schmitt said the MPP hurts the business model of the cartel, as many of its operatives cannot get into the United States while the protocol is in place. When it’s out of force, cartel traffickers can simply choose not to appear for their appointed court dates.

Do you think the Remain in Mexico policy is a good idea?