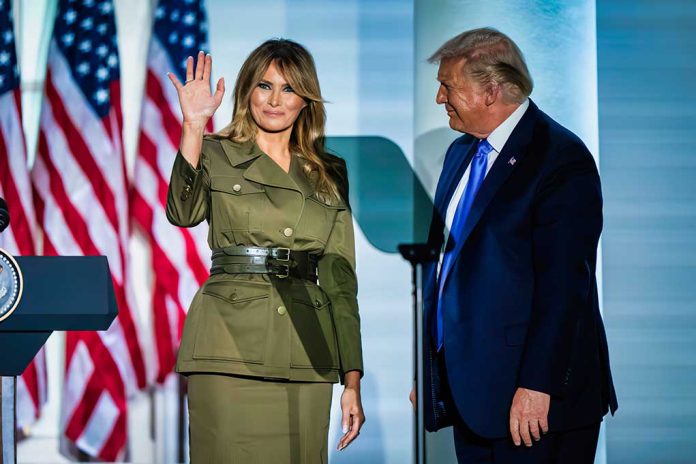 (RepublicanDaily.org) – Former President Donald Trump worked hard to further the interests of ordinary Americans during his time in the White House. He also alienated a lot of people with his no-nonsense politics. Many people have been doggedly unwilling to acknowledge the former because of the latter, and we saw a perfect example of this last week in Tulsa, Oklahoma.

Former First Lady Melania Trump, Donald Trump’s wife, expressed her frustration that a Tulsa school would not accept her scholarship donation in a statement on Friday, February 18. She claimed she was “disappointed, but not surprised” that the computer science education facility, which was founded in Silicon Valley, decided not to accept her grant, even as an anonymous donation.

Melania criticized individuals attempting to stymie her philanthropic work for political ends and rejected assertions she was acting in an “illegal or unethical manner.”

An Oklahoma school that specializes in teaching advanced computer science skills has rejected an offered donation by Melania Trump, who said on Friday that “politics got in the way of my mission to support children.” https://t.co/4QkZ9ln8IC

In the statement, Mrs. Trump also highlighted work she was doing through Fostering the Future, an advocacy program focused on helping young people in foster care progress in life. She noted that children in foster homes typically fare worse than the average American youth when it comes to education.

Do you think there’s any justification for depriving underprivileged young people of scholarship money on political grounds?