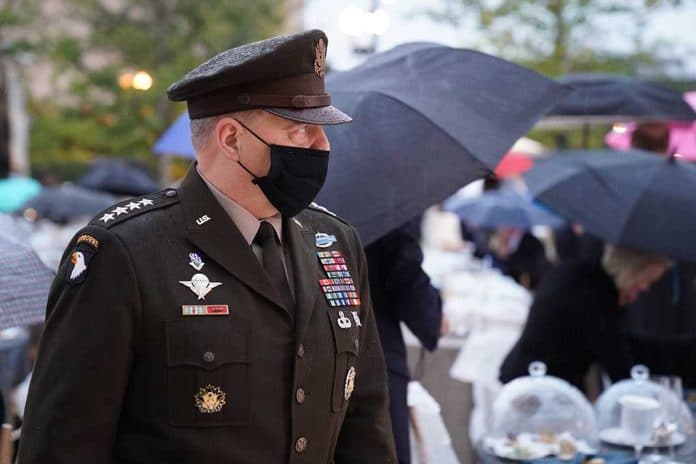 (RepublicanDaily.org) – China’s rapidly expanding military capabilities have been a real worry for our leaders for some time now. One of the most concerning innovations the Asian nation’s military has created is a hypersonic missile system, which reports say has undergone successful testing.

The Chairman of the Joint Chiefs of Staff, General Mark Milley, has become the first Pentagon official to officially confirm that such a test took place this year. The weapon reportedly left Earth’s atmosphere before returning to a target in China.

General Milley was unwilling to discuss many test details due to the classified nature of the intelligence available to him. However, he described it as a “significant event” that was “very concerning.” He discussed the claims of some commentators that this was a “Sputnik moment,” a reference to the Soviet Union’s launch of a satellite in 1957 that sparked fears of our potential military inferiority to the USSR. While Milley doesn’t think it’s as serious as that, he doesn’t think it’s far off, either.

China's hypersonic missile test 'close to Sputnik moment', says US general: Gen Mark Milley says reports about breakthrough missile have 'all our attention', and says US working on same weaponsChina recently conducted a "very concerning" test of a hy.. https://t.co/VA68TzjoeV

If this is what Milley and other Pentagon officials think, it marks one advantage the Chinese military has over ours, even though the Chinese deny ever testing one. United States military leaders have not yet executed a successful test of a hypersonic weapon like this that we are aware of.

What does this mean for our national security?