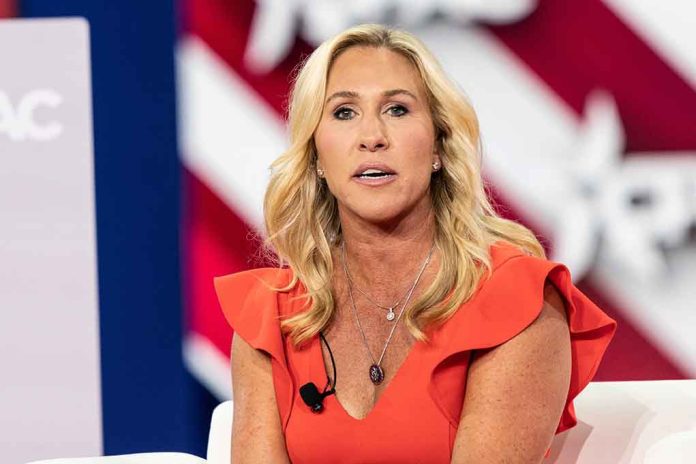 (RepublicanDaily.org) – Rep. Marjorie Taylor Greene (R-GA) has engaged in her share of controversial behavior and statements since she took office in 2021. Her high-profile actions have endeared her to hard-right MAGA Republicans, but Democrats and moderate Conservatives have complained she’s too extreme and inclined to promote harmful conspiracy theories. Rep. Taylor Greene recently remarked that MAGA Republicans would have had more success with the January 6 insurrection had she been in charge.

Rep. Marjorie Taylor Greene said at a Republican event that if she had organized the Jan. 6 attack on the U.S. Capitol "we would have won" and "it would've been armed," according to video from her appearance. https://t.co/AyKYoZ3J13

Greene stated that, had she and former Trump administration adviser Steve Bannon been in charge of January 6, the rioters “would have won,” adding, “we would’ve been armed.”

The Georgia lawmaker also stated she was against the ongoing military aid flowing from the United States to Ukraine, alleging she hadn’t voted in favor of any of the measures to provide the war-torn nation with funding. She then expressed her support for a ban on gender-affirming care for those under 18.

Did Marjorie Taylor Greene go too far with this latest comment about January 6?