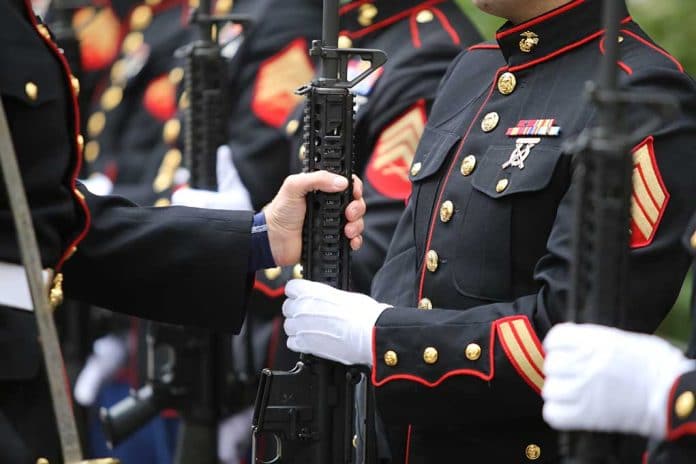 (RepublicanDaily.org) – The crisis in Afghanistan had many people concerned, frustrated, and angry. Critics have leveled plenty of anger at President Joe Biden. Still, they’ve targeted others as well, including the military officers who were in command of the de-escalation and withdrawal effort. One Marine has sacrificed his career in the military to offer his uncensored view on the performance of these individuals.

On Friday, August 27, Lt. Col. Stuart Scheller posted a video of a scathing attack on the military top brass who had command over our presence in Afghanistan.

"I have been fighting for 17 years. I am willing to throw it all away to say to my senior leaders, I demand accountability." – Marine Lt. Col. Stuart Scheller on the failures in Afghanistan that led to American servicemen dying. pic.twitter.com/JPH3nTctrG

Scheller admonished his superiors for failing to take responsibility for the various military failures that led to the deaths of 13 service members and 169 Afghans in an ISIS-K attack last week. He also questioned certain tactical decisions, such as the move to leave Bagram Airfield, “a strategic airbase,” before evacuating Americans and allies on the ground.

The Marine Corps relieved Lt. Col. Scheller from his duties following the video, and he officially resigned on Sunday. He acknowledged in the video and reiterated on Sunday that he would likely lose retirement benefits and entitlements because of his statements.

Scheller is reportedly refusing to talk to the media until he has officially left the Marines.