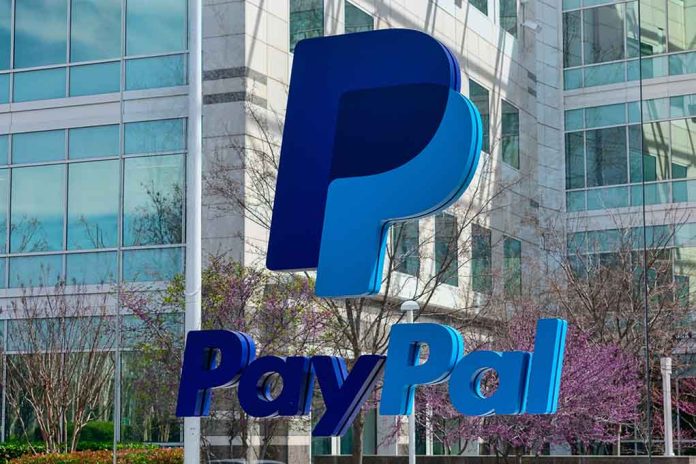 (RepublicanDaily.org) – Gays Against Groomers is a group which, according to its website, comprises an organization of homosexual individuals who are opposed to “the sexualization, indoctrination and medicalization of children.” The group is critical of gender reassignment surgery for minors, drag events attended by children, and other such initiatives involving the trans community. Now, online payment processors Venmo and PayPal have banned the group from their platforms.

The group announced the bans via Twitter, posting screenshots of messages from both companies. The screenshots show references to terms of service violations related to the activities of Gays Against Groomers, but neither contains any specific indications or description of the problem.

The post protests that Gays Against Groomers only wants to “safeguard children from abuse” and accuses Paypal and Venmo of “woke homophobia.” It also states the two bans occurred within a number of minutes of one another.

BREAKING: We have just been BANNED from @Venmo and @PayPal (within minutes of each other) for “violating” their user agreements.

We are an organization that consists entirely of gay people whose only mission is to safeguard children from abuse.

An article from The Advocate about this development describes Gays Against Groomers as an “anti-trans hate group.” The piece quoted a PayPal representative who stated the company would not allow groups to use its service for the promotion of “hate, violence, or discriminatory intolerance.”

Despite being permanently suspended 3x and reinstated without explanation, Gays Against Groomers is now engaged in harassment against me by using my name as a discount code for tees insinuating illicit material on a computer b/c I'm trans.

What do you think of the ban?