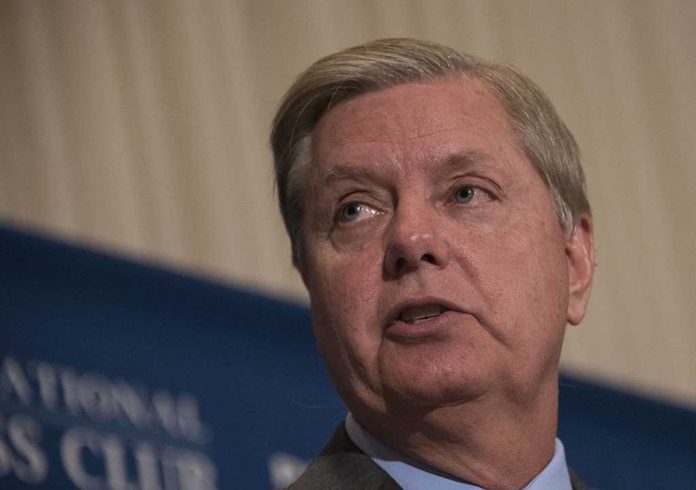 (RepublicanDaily.org) – Since the US Supreme Court removed the Constitutional protection of abortion rights earlier this year in the case of Dobbs vs. Jackson Women’s Health Organization, termination has once again become a hotly-contested political issue. Democrats across the nation have been pushing for legislation to protect abortion access, while the GOP has been doing the opposite. However, in a move that has taken some by surprise, Senator Lindsey Graham (R-SC) just became the latest lawmaker to introduce a nationwide pro-life bill in Congress.

Senator Graham, who serves on the Senate Judiciary Committee, sponsored legislation called the Pain-Capable Unborn Child Protection Act, which would ban abortion in almost all cases after 15 weeks of pregnancy. In an opinion article he wrote for Fox News on the move, he stated it would bring the US in line with standards in the vast majority of European countries. America’s current rules, he opined, were comparable to those of China and North Korea.

These exceptions require people to jump through significant logistical, legal and bureaucratic hoops that render them nearly impossible to utilize, experts said. https://t.co/0Aucx9bkQn

Despite the fact most Republican lawmakers support the idea of limiting abortion access, many were reportedly unhappy with Graham’s bill. Some feel it’s too close to the midterm elections to be floating such divisive measures.

Liberal critics have said the exceptions for rape and incest in the bill would not work in most cases because of the burdensome reporting requirements that would make it difficult for victims seeking terminations.

Despite the division on the issue, the majority of Americans don’t feel that politicians should be making decisions on abortion. In fact, 70% say lawmakers on both sides of the aisle aren’t educated enough on the issue to create fair policies.